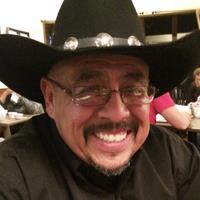 John was born on April 5, 1962 in Plainview to Ramon A. and Lydia Segura. He graduated from Silverton High School in 1981. John enlisted into the Marine Corps 1982. He was honorably discharged as a Corporal in 1986. He worked at Affiliated Foods for 20 years. He was currently employed at Tascosa Building Products.  John was fondly referred to as "Coach" by the Kaos Girls Softball Team, which he coached for many years.

John married Jennifer Morgan on October 28, 1991. He was preceded in death by his father, his sister, Gloria and his brother, Peter.

My deepest condolences to the family. John was a classmate who was always happy and smiling. Great memories ! May God comfort all the family and friends during this time of grief. Love to all.

I'm so sorry Jennifer. Praying for you and your family. -

My thoughts and prayers are with you and your family, Barry & Michelle Morris.

The Crosslin Family extend their sincere condolences to the entire Segura family . Keep trusting in God he will provide you with comfort and all ur needs. May God bless you and keep you.

Much care to John’s family. My memories of teaching John high school English all include his smile, his sense of humor, and spirit. I am honored to have known him. Miss Woody

My thoughts and prayers of comfort and peace for John's family at this time. Many memorable times with our good friend back in Silverton and the back row of the drive-in movie theater between Turkey and Quitaque. Always smiling and laughing and made us all laugh!

John always had a sweet smile. Condolences to his family. ✝

My heart goes out to Jennifer, and everyone who was lucky enough to know John. We are so deeply sorry for your loss. My daughter practiced with John and his Kaos family quite a few times and despite the fact that she was younger, she was never treated as such. Both coaches taught her so much in just a short time and for that we will be forever grateful. We will never forget John or the impact he had. He was a great man and will be missed by many!

Sorry to hear this sad news. I hadn’t seen John since we graduated high school, but have fond memories of him.