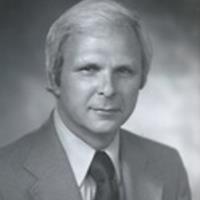 John Owen Smart entered the presence of the Lord on November 23, 2019. At his death he was surrounded by loving family who were with him in his residence at Friendship Manor in Roanoke. Several weeks earlier, family from across the country gathered with him to share love and appreciation with John. Mr. Smart was born on January 5, 1930, in Chicago, Illinois, to Max F. and Lola M. Smart. Throughout his life, he expressed his enthusiasm for his home state and city. At age 11, his family moved to the small community of Ashton, IL, where he lived on a farm with his parents and sister, and completed high school. While a senior, playing on the Ashton High basketball team, John suffered a serious stroke. Though he recovered well, the weakening effects of that stroke were a major part of his life journey from mid-life on. Drawing on his faith and character, John always displayed a positive can-do spirit, in spite of physical challenges. After graduation from Arizona State College in 1952, John worked at Baxter Laboratories in the Chicago area until early 1954. He then was offered a job at the National Institutes of Health in Bethesda, Maryland. He worked as a physiologist, and for four years lived and worked for NIH in Puerto Rico. Returning to Bethesda in 1960, John transitioned into NIH administration. Rising through the ranks over the next 26 years, he eventually served as an Administrative Officer and Executive Officer within various NIH institutes. John received numerous accolades for his administrative leadership. On November 10, 1954, John married Mary Lee Kester, of Shickshinny, Pennsylvania. During their 58-year marriage, they had two children, William (Bill) and Lee Ann. John and Mary Lee raised their children to know and love Jesus Christ, and church was an important part of family life. John served in many roles at Forcey Memorial Church in Maryland, including children’s teacher, boys’ brigade leader, elder, and board chairman. His faith in Christ, and his display to others of the love of Christ, formed the core of John’s life. John’s many other joys and passions inlcuded ‘65 & ‘66 Ford Mustangs, big band jazz, Mexican food, winter snow, campfires at “The Pond,” auto races, Laurel and Hardy, and the joy of having fun with young children. John is survived by his two children, Bill (and Susan) Smart of Prairie Home, Missouri, and Lee Ann (and David) Amos of Roanoke, Virginia. Also by six grandchildren, Nathaniel Amos, Emily Reckley, Jason Smart, Joya Driskell, Julianna Rawls, and Nikki Seemann. He also leaves 17 great-grandchildren. Also surving are John’s sister, Marjorie Vaupel, of Polo, Illinois, and numerous loving nephews, nieces, and other family members. Preceding John Smart in death were his parents, his wife Mary Lee, two infant daughters, Susan and Mary Beth, and an infant son. The memorial service for John Smart will be on Saturday, December 7, at 1:00pm at Oakey’s North Chapel, with visitation prior at noon.

John was a good friend back in the 60's. My wife Loye Roach and I traveled with John and Mary Lee several times. To the POND in PA, The upper northeast coast and other ocean places. I lost my wife, Loye 5 years ago on the 13th of Dec. I have nothing but good memories of the times together. Bill and Lee Ann were good friends with 2 of my younger children. They both remember the times together. John was a very good, smart and an joy to be around. He will definitely be missed. Rest in peace John.