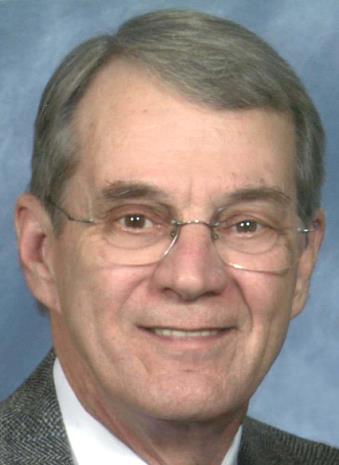 John A. Spencer, 70, of Severna Park, MD died September 8, 2017 at Hospice of the Chesapeake after a long battle with metastatic prostate cancer. He was born on October 22, 1946 in Dayton, Ohio to Roger M. and Vera K. Spencer, both deceased. He received his Bachelor's degree in Political Science/Public Administration from The Ohio State University. He also earned a Master of Science in Administration degree from The George Washington University. He met the great love of his life, Donna Haines, at Ohio State. They celebrated 48 years of marriage this past April. Upon graduation from Ohio State in 1968 he worked for the National Security Agency until his retirement in 2000. He loved his years at the Agency and believed in the mission, the people, and opportunities available. He retired as a Staff Chief in the Information Systems Security Directorate. During his years at the Agency he was awarded the Director's Fellowship, the Meritorious Civilian Service Award and the Office of the Secretary of Defense Award for Excellence. After his retirement from the Agency he worked for Computer Sciences Corporation , for Shipley Associates and at the University of Maryland's National Foreign Language Center. He was very active participant in church activities. He served in leadership positions in every Lutheran church he joined. He served as the synodical representative and president of All Saints Lutheran Church in Baltimore. He also served as the Vice-President of Christ Lutheran Church in Baltimore City and Vice-President of Our Shepherd Lutheran Church in Severna Park. He chaired or co-chaired many committees and task forces to enrich the lives and missions of the churches he supported. He loved to read and enjoy his classic Porsche (and previous vintage sports cars). He used to play golf until cancer robbed him of that pleasure. He is survived by his wife, his great love, Donna Haines Spencer; his daughters, Meghan Spencer of Annapolis, and Amy Spencer (and her husband Doug Brown) of Richmond, VA.; and his six grandchildren Anna, Laura and Gavin Mauritsen and Anita, Miriam and Celedonia Brown. He is also survived by his sister Susan Spencer Marsden and brother-in-law Robert Marsden of Tacoma, WA and his brother-in-law Russell Haines and his wife Lonnie of Livonia, MI. He is also survived by three nephews and one niece and their children and numerous cousins spread across the country. Family and friends may visit on Tuesday, September 19, 2017 from 5:00 to 7:00 pm at the Barranco & Sons, P.A. Severna Park Funeral Home, 495 Ritchie Hwy, Severna Park. A memorial service will be held on Wednesday, September 20, 2017 at 11:00 am in Christ Lutheran Church, 701 S. Charles Street, Baltimore, MD. Committal will be in Wilmington Ohio at a future date. In lieu of flowers, contributions may be made in John's name to Lutheran World Relief or Christ Lutheran Church.