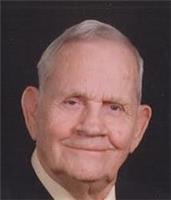 Not the right person? See All ›
LOCATION
Shelby, North Carolina

He was the son of the late Odus and Affie Wall of Casar.

John retired from the Shelby Police Department after thirty years of Service with the rank of lieutenant. John was a deacon and a Baptist men's director at Union Baptist Church for many years and he loved his church unconditionally.
In addition to his parents John is preceded in death by his brothers, Wayne Wall, Glenn Wall, China Wall, and Lloyd Wall and a brother-in-law, Steve McIntyre who John Loved as a brother.
He is survived by his wife Norma Jean McIntyre Wall; three daughters, Karen Quein of Charlotte, Belinda McCurry of Charlotte; Teresa Owens and husband Jeff of Shelby; two brothers, Russell Wall and Wife Nancy of Danville, VA and Earl Wall and wife Sybil of Casar; four grandchildren, Eddie Quein of Charlotte, Brian Quein and wife Megan of Charlotte, Dana Robinson and husband Sean of Harrisburg, Garrett Thomas and wife Brandy of Gastonia; and three great-grandchildren, Eli Thomas, Abby Kate Thomas, and Ava Grace Robinson. John loved his wife's family as his own.

The funeral service will be held at Union Baptist Church on Thursday, December 5, 2019, at 1:00 PM with Rev. Michael Shumate and Rev. Wayne Brazzell officiating.

The burial will follow the service in the church cemetery.

Arrangements have been entrusted to Stamey-Tysinger Funeral Home and Cremation Center.