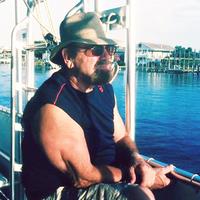 John Michael Watkins Sr. died on March 6, 2020 at the age of 69. He was the fourth child born to William and Pearl (Edmiston) Watkins on March 16, 1950. He attended the Cotton Plant School System until the 9th grade. When John was 16, his dad’s job transferred to Malta, Illinois and the entire family moved as well. He continued his education in that local school. At the age of 18 he married Linda Kay Harriss and together they were blessed to share in the joys and adventures of four children. However, much to their sadness their daughter, Francine passed away as a very young child. Later in life, John was given opportunity to share in the lives of others through a blended family. He married Partheina Killion in 1982 and they would spend the next 27 years together raising six children. His experience of happiness with the next generation increased as each new grandchild was added.

Born with a natural skill for mechanics, and eventually became the owner & operator of his own automotive repair business in Collinsville, Oklahoma. He was an outdoorsman and loved to hunt and fish as well as working his garden which was greatly admired because of his hard work.

John was currently a resident of Whitefield, Oklahoma.  In recent months he had some hard health challenges which ended in his passing ten days shy of his 70th birthday. He was blessed to have known the love and care of a large family and a host of friends.