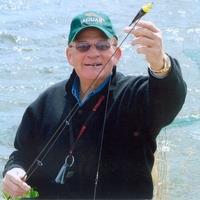 Jon Ray Coover, aka 'Doc', escaped the mortal realm to join his sister Joanie, mother Maxine, and father Grant on November 5, 2020. We imagine he is cursing the fact he did not get to cast his ballot for Trump. He is likely yelling at the Fox News election coverage from the other side, and demanding recounts.  A memorial gathering will be held at 3 pm on Wednesday, November 11, 2020 at Jon’s home at 300 Fairway Circle in Brandon, SD.  Heritage Funeral Home in Sioux Falls is assisting with the arrangements.  www.heritagesfsd.com

Born in Iowa Falls, IA sometime in the 20th century, for the last 20 years (at least) he has perpetually looked to be about 47 years old, so none of us are exactly sure of his age anymore. He has a dedicated closet in the bathroom full of his potions and elixirs that his daughter will be raiding soon. His skincare routine should have been marketed to the 20-somethings worrying about nonexistent wrinkles, as it would have been the ultimate money-making entrepreneurial startup. But, that would have meant becoming a social media influencer, and he thought all that BS was obnoxious. However, if a life is to be judged instead by the number of lives touched or adventures had, he may well have been over 150 years old.

Doc got himself out of Iowa and into the Navy, and was a proud Veteran and Patriot the rest of his life. His other greatest passions were his wife Brenda, his bulldog Bianca, tucking Jelly Beans and Reese's peanut butter cups in dressers and under his pillows, the Minnesota Vikings, Las Vegas, and work. We would put some Vegas stories in here - but you know...what happens in Vegas, stays in Vegas. Time spent at home in SD would often include taking in high school sports featuring his favorite football player, number 5, Gavin Koch, sitting in the stands cheering him on with Gavin's sister Josie - usually offering loud commentary for the benefit of his niece and nephew.

He was an avid supporter of Veteran's causes, and of Mission Haiti - he considered them all his kids. He never met a stranger , he lit up every room he entered, and made anyone he talked to feel like his best friend. He lived big, he loved bigger. He will be greatly missed. May his memory forever be a blessing.

To order cards, gifts and flowers, please support one of Doc's favorite business ventures, his wife Brenda's flower shop, which will be taking care of the family's needs for visitation and memorial services.

Jon was a special man. I only got to know him for a short amount of time but he was so loving and dedicated to everyone and everything that he did in this life. I wish I could have met him years ago but I’m grateful to have said I met him. We love you Brenda.

Brenda, as you know I met Jon while he was delivering flowers for you and it is true when he walked into the door he did light up the room. Brenda I have missed his wit and humor since I retired, but as a old saying goes you can take away the warm fiscal touch but never the good memories that we have of our loved ones. My you have comfort in the day’s to come.

Jon was dear friend. We shared countless lunches, dinners, and and even a Thanksgiving dinner together, while he constantly spoke of Brenda and his family out west, he was also part of mine. Jon was a co worker, a mentor, and a friend who never failed to bring his energy and enthusiasm for life into a conversation. Jon was an american special forces hero and a patriot , He brought his A game with him every day and was a constant source of encouragement to those of us that worked closely...

Such a great guy! I have such good memories of working with him. He taught me a lot!

Doc,
You did so much for so many! The post secondary school sector never had a greater champion. Women who worked for you never had a better boss. You were a gentleman and a scholar. I will miss you.

A great friend and mentor. Doc will be missed by everyone he touched

To me Doc will never be gone, he will be a guiding force in my head. Doc was a mentor, friend, confidant and sometimes a stern voice. He loved to laugh, he stood tall when others would not, he cared deeply for the ones he loved, told amazing stories and was a beautiful soul. I knew Doc for 25 years and even when we were apart we kept in touch to “just check in” . I would get random emails and texts saying “ Hello young Mike” , every time I got one I smiled and was filled with joy knowing I...