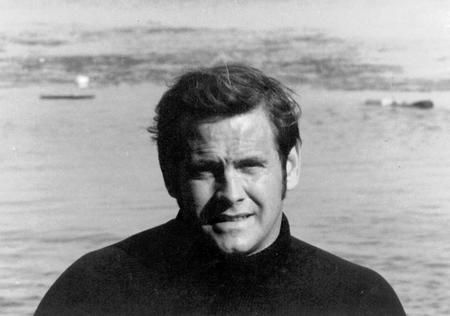 Jon Raymond Esther, 72, of Owensboro, died on May 1, 2010 at his home. He was born on September 25, 1937 in Indianapolis, IN. He was preceded in death by his parents, Edwin and Marguerite Esther, his brother, Edwin Esther, and his sister Sherron Walker. Jon was a retired newsman who worked in many different states for several different news agencies. He began his career at a radio station in New York. He turned to television in the early 1960's when he landed his first news-anchor job with WEHT-TV Channel 50 (now New 25) in Evansville, IN. From there he went on to anchor the news for WISN Channel 12 in Milwaukee, WI and then WCCO Channel 4 in Minneapolis, MN. In the early 1970's, he dropped his anchor spot for the opportunity to be a news reporter for WBBM Channel 2 in Chicago, IL. He returned to the limelight when he moved on to anchor the news for WHO Channel 13 in Des Moines, IA and then WAVE Channel 3 in Louisville, KY. He returned to WEHT Channel 25 in Evansville, IN as a news-anchor in the mid 1970's, and then headed for Cincinnati, OH where he anchored the news for WCPO Channel 9. He returned to Evansville, IN once again where he ended his television career as the news director for Channel 25 in the late 1980's. Jon returned to Cincinnati, OH where he provided consultation for individuals who needed to know how to handle the news media. He went on to serve as the Public Information Officer for the Hamilton County Prosecutor's Office. After his retirement, Jon moved to Owensboro, KY. He is survived by his loving wife of 51 years, Dorothy, of Owensboro, his daughters Debbie (Jeff) Brewer of Cincinnati, OH, and Arleen (Eluid) Martinez, his sons Joseph (Barb) Esther of Ft. Atkinson, WI, Jon (Lea) Esther of Atlanta, GA, and Doug (Alana) Esther of Owensboro. Jon is also survived by his 14 grandchildren, his sisters Mary Waller of Belleville, IL, Shirley Charles of Indianapolis, IN, Margie Hogan of Palm Coast, FL, Theresa Fay of Jackson, NJ, and Becky Esther of Balsam Lake, WI, his brothers Robert Esther of Denton, TX, Richard Esther of Weyers Cave, VA, Doug Esther of Hixson, TN, Mike Esther of Savannah, GA, and Bill Esther of Fort Wayne, IN. A memorial service will be held at 3:00 pm, Tuesday, May 4, 2010, at Haley-McGinnis & Owensboro Funeral Home. The family has requested that expressions of sympathy take the form of donations to Hospice of Western Kentucky, 3419 Wathens Crossing, Owensboro, KY 42301; envelopes will be available at the funeral home