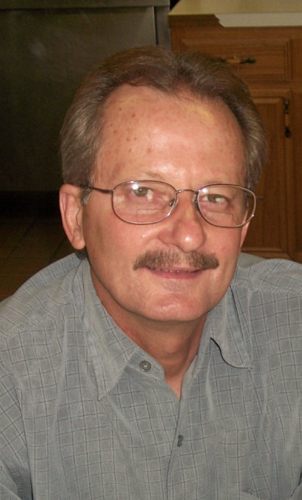 Not the right person? See All ›
LOCATION
Sheppton, Pennsylvania

Born in Hazleton on October 17, 1954, he was a son of Wilma Makara Leonard, Oneida, and the late Bernard Leonard Sr.

A 1972 graduate of West Hazleton High School, Joey was a self-employed finish carpenter who would meticulously pay attention to every fine detail of each project he took on.

Joey enjoyed the outdoors. He was a member of the Shenandoah Fish and Game Club and looked forward to the times he would go deer hunting. He loved taking care of the landscaping around his home and especially took pride in his perfectly manicured lawn. But one of his greatest loves was the time he would spend with his family, friends and faithful companion, Boomie.

He is only preceded in death by his father.

Surviving, in addition to his mother, is his wife of 34 years, the former Annette Kowalski; sisters, Suzanne Tanner and her husband, Jim, Sheppton; and Bernardine Singley and her husband, Francis, Oneida; brother, Bernie Leonard and his wife, Tracey, Hazle Twp.; and several nieces and nephews.

A memorial service will be held at 11:30 a.m. Tuesday from Capriotti's Catering, 1 Banks Ave., McAdoo. The Rev. Patrick McDowell of Sacred Heart Church, Weston, will celebrate a Mass of Christian Burial. Friends may call from 10:30 a.m. to service time.

Krapf and Hughes Funeral Home Inc., Hazleton, is assisting the family through their Butler Chapel in Drums.

Condolence messages may be entered in the family's memorial guest book at www.khfuneralhomes.com.

Our deepest sympathies. Joey will be greatly missed. A man of great craft, kindness and speaking-he always had a story. Sincerely Keri Showman & Andy Johnson

My condolences to the Leonard family on your loss. He will be missed.

Dearest Annette & Leonard Family,My very deepest sympathy & many loving prayers are with you now & always on your tremendous loss of your beloved husband,Joey.May God Bless & comfort you all as you grieve.I'm so very sorry.