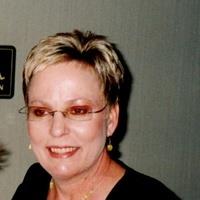 Surrounded by her family, Joyce Sundermeier Andrews, 62, died peacefully in her home on August 7, 2020 in Okarche, Oklahoma.

Joyce was born in Philadelphia, PA to Herbert and Mary Sundermeier. She graduated from high school in Nashville, TN and later earned an Associates Degree in Marketing and Merchandising. Daughter Ashley was born in 1982 to Joyce and her first husband, Gary Blair. Through her sister, Julie, Joyce met Mark Andrews and the couple married in February 1991. Joyce, Mark and Ashley moved to Oklahoma in 1994.

During her career, Joyce managed various retail stores before finding her calling at the Oklahoma City National Memorial where she worked for 16 years. She was the friendly face that people saw as they entered the memorial. Joyce was a hilarious, fun-loving woman of principle who treated everyone she met with respect. She lived her faith by doing whatever she could for those she found in need, whether that was a meal, a ride to church, a phone call or a hug. She did this not for praise but because it was her nature. She will be missed by all those who had the fortune to know and love her.

A rosary and funeral mass are scheduled for August 15, 2020 at Holy Trinity Catholic Church in Okarche, OK. The rosary will begin at 9:45 a.m. followed by the funeral mass which will begin at 10:30 a.m. Rev. Cory Stanley will officiate the ceremony. Wearing a mask is encouraged to protect against the spread of the virus. In lieu of flowers, please send donations to the Oklahoma City National Memorial and/or Russell Murray Hospice. The family would like to thank the Russell Murray Hospice team for their compassion and care. Services are in care of Sanders Funeral Service.

I've known and loved Joyce for 43 years. She was an incredible, wonderful, supportive friend always there for me. Thank you for the many, many funny memories sweet friend! I will miss you forever!

Joyce was a wonderful person! Funny and caring, I will miss looking in for Joyce to head up to our Tuesday meetings and her waiting the elevator for me leaving the meetings with the laughs we shared in our time together. Thinking of you!! Thoughts and prayers for everyone, you will be missed Joyce!

Never miss an update about Joyce. Sign up today.