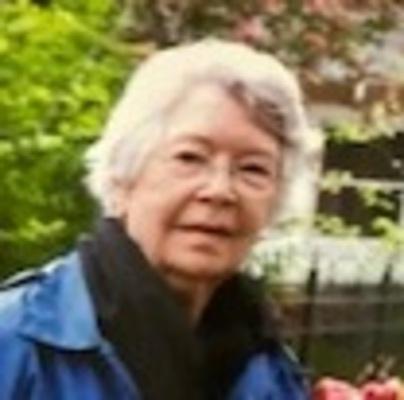 Juanice Elizabeth Fulgham was born in Brownsboro, Texas to Lois and Cary Fulgham on August 10, 1926.  She followed her older sister Yvonne by 18 months.  She died on May 1, 2021 at the age of 94 in San Antonio where she had moved to be closer to Larry.

Juanice was a member of the First Baptist Church of Orange and later of the Trinity Baptist Church.  She grew up in East Texas but moved to Orange during the war because her parents and sister were there.  She applied for a job at Livingston Ship Building and at Dupont Chemical Plant.  She was offered a job at each place with Livingston paying the higher salary.  In the end, she decided to work for Dupont because it only required a 5-day work week whereas the other one worked half a day on Saturday.  It turned out to be her life’s employment and she spent many years there in the personnel office.  Juanice was a very private person and when Barbara asked what she would like mentioned at her funeral, she said ‘not much’

Juanice never married and lived with her mother as long as her mother lived.  She shared her few vacations with Yvonne, Barbara, and Larry. Family including her cousins, aunts, and uncles were important to her.  She would drive back to Brownsboro and Lindale to share Thanksgiving, attend a birthday party or other event.  Her family mattered to her.

Juanice loved babies.  She would walk home from school by way of any house that had a baby.  There she stopped for a look every day.  Her love of babies continued throughout her lifetime and her nieces and nephews were treated to things that interested them.  She drove Larry to Houston to Astro ballgames, she let him spend hours in a book store.  She took Barbara to department stores and plays.  While shopping she let Barbara pick out her first store bought outfit.  When Leslie her great niece came along she treated her to toy horses, trucks, and guns as she recognized her tomboy tastes.  She visited Andy and Kerri as often as she could and she took them all to museums, sat down and played games with them, and enjoyed seeing  and being with them.

Juanice pretty much enjoyed staying home and did volunteer work most of her life.  She was a member of the Pilot Club and volunteered for many years at the Lutcher Stark Theater.  She really enjoyed volunteering at the theater and did it into her late eighties.  She was an independent woman by choice and by demand and she lived her life by her rules.  She always wanted to be able and in charge and she was.

Never miss an update about Juanice. Sign up today.