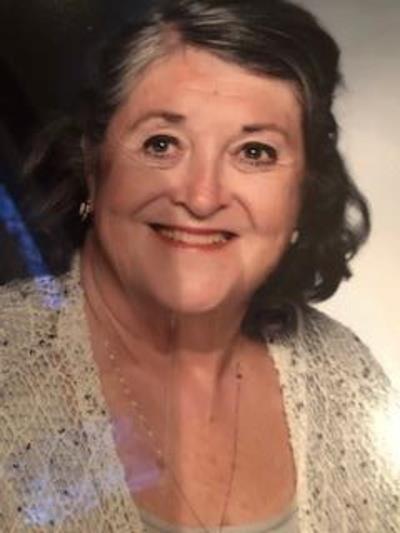 Judith Anne (Judy) Starkloff of Madison, Alabama, passed away at Huntsville Hospital, AL, from cardiac arrest on Saturday, May 30, 2020. She was 74.

Judy was born April 12, 1946 in Paterson, New Jersey, to Mary Jane (Reid) and Robert Francis Kent. She moved to Washington, DC at an early age, then to Maryland where she graduated from Bladensburg High School in 1964.  Judy worked at Walter Reed Army Hospital as a medical secretary.  Judy also worked at Fitzsimons Army Hospital in Denver, Colorado, and at Patch Barracks in Stuttgart, Germany, as an administrative secretary.

She met her husband Karl at Patch Barracks and they were married in 1979. After leaving Germany she went with her husband to Randolph AFB in San Antonio, Texas, then to McGuire AFB in New Jersey.  After Karl retired in 1989, they moved to Madison, Alabama.

Judy was raised Catholic and joined the Lutheran Church in San Antonio.  Judy and Karl are charter members of Messiah Lutheran Church. She faithfully served on Altar Guild for over 20 years.  She attended the annual Southeastern Synod Assembly in Atlanta.  She has served on the nominating committee, was the first Fellowship Chairperson, and co-chair on different sub committees of Fellowship.  She has served as Greeter and Lector/Communion Assistant. Most recently she was the Special Meals coordinator for whenever meals were needed for Messiah Lutheran Church members.

Judy was active in the North Alabama chapter of the American Wine Society serving as secretary/treasurer, programs chairperson, and chapter chairperson.

Judy was an antique dealer and liked to cook, play bridge, and travel.  She and Karl enjoyed many cruises together and with friends. One of her favorite trips was to Alaska. She also liked to read and belonged to a couple of book clubs.

I have been blessed with the friendship of Judy Starkloff since she and Karl married, in 1979. Karl, a 1969 classmate and fraternity brother at N. C. State University, is my longest friend with whom contact is maintained; and he and Judy are my longest friends as a married couple: a double blessing.

The photo above conveys my recollection of Judy on each occasion when she, my wife Fran, and I met. She was among the most cheerful and hospitable individuals I'v ever known; she has...

Judy was my dear dear friend. We shared many memories growing up together in high school and kept in close contact up until her passing. I will miss her wonderful friendship..rest in peace dear friend❤

Judy made me feel immediately welcome and accepted when my husband and I moved to Highland Lakes a a few years ago. Judy and I continued our friendship after I moved in 2014 until today. She was a special lady and dear friend.

Karl, we so loved Judy and living across the street from the both of you. She was so friendly and always welcoming and interested and supportive of our children, Maddie and Drew. Will always remember and appreciate her smile and quick wit. We will miss seeing her!

I am thankful to have met Judy through the AFAITC reunions. Im especially glad to have spent time with Judy and Karl just last year in Hawaii. We always had fun and could count on Judy to pick a great wine. Friendships last forever in our hearts along with all the great memories. Karl, youre always welcome in San Antonio. We send our deepest love and sympathies.

I met Judy through her husband, Karl circa 1986, while serving with the Air Force at McGuire AFB, NJ. As someone mentioned, I cannot remember when she did not a have smile or kind word, she enjoyed people and life. Although my interactions with Judy were brief and limited, her warmth and magnetic personality were indelible and immutable. I am honored and grateful that our life paths converged. Karl, there are no words for me to express my deepest condolences to you, your family and...

Judy was always a pleasure to be with!! She will be sorely missed.

I am so sorry for your loss. She was a wonderful friend. We many wonderful times together and will be missed. My prayers are with you

Never miss an update about Judith. Sign up today.