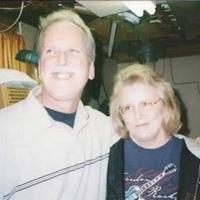 Mrs. Kathy Jean Oneil was born October 20, 1950 in Flint, Michigan the daughter of Lester and Helen Klee. She was a longtime resident of Flint and previously worked as a Girl Scout Leader and a day care provider. Kathy also worked in retail. Affectionately known as "Nana Kathy" she was an amazing wife, mother and grandmother. "Nana Kathy" was also an awesome daughter, sister, aunt and cousin.

Mrs. Kathy Oneil was preceded in death by: her parents, father-in-law and sister-in-law.

The family would like to express special thanks to: the family and friends of the Oneil family.

Such a nice lady she will be surely missed. Gone but will never be forgotten. Stay strong Gerry she will forever be watching over you and your family.

In loving memory of a wonderful aunt. We will love you and miss you always aunt kathy!

You were more than a Grandmother to me, you were like a second mother to me along with Aunt Toe, you helped me become the woman I am today because I didn’t have a good support system from my own mother. You are the kindest most open hearted woman I’ve ever met and I hope I grow up to be just like that too. You truly are an Angel and I’m so happy that you’re my Nana, is girls are going to work our hardest to make sure this family doesn’t fall apart because you were out glue. We will watch over...

Nana Kathy was the best kind of person you could have ever been blessed to know.

We have a huge void that will never be filled mama I'm so grateful that you made such a huge impact on every person that ever knew you this touches my heart and soul deeply! I'm not going to say goodbye I'm going to say thank you and until we meet again I love you Mama

Aunt Nana Kathy I know you will always be smiling down from heaven we will meet again ! You are loved by so many !

Love you Nana. I already miss you so much. Until we meet again.

I am so glad she was a huge part of my kids growing up. She included them in all y'all's family events Nana Kathy was an amazing person and will certainly be missed by all who knew her.

Never miss an update about Kathy. Sign up today.