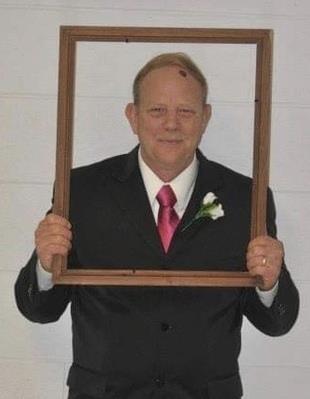 Lebanon - Keith A. Clark, 58, of Lebanon, passed away on Saturday, May 23, 2020, at his home, surrounded by his loving family. He was the husband of Lori L. Arnold Clark. On August 30th they would have celebrated their 19th wedding anniversary.

Born in Harrisburg on September 30, 1961, he was the son of Phyllis J. Arbogast Clark of Huntingdon and the late Robert F. Clark, Jr. Keith retired as MSG from the Air National Guard after 26 years of service and he retired after 27 years of service as the Shift Supervisor (AC) for the 193rd Special Operations at HIA. Following his retirement, he drove tour bus for D.B. Fisher for 10 years and was currently driving for R & J Tours. He was a lifetime member of the Rural Security Fire Co., where he had served as the Deputy Chief and the Assistant Chief. He loved to travel. He and his wife took trips to FL, New Orleans, Las Vegas, and many other places, along with taking cruises together. They were also season ticket holders for the Renaissance Fair. In 2018, he was selected as the Hero of Realms and was Knighted. He loved working with his hands and building things and he especially enjoyed spending time with his family and grandchildren.

In addition to his wife and his mother, he is survived by his son Mathew A. and his wife Kimberly Clark of Central City; daughters Jessica J. wife of James David Sonnier of Nederland, TX, Marie L. wife of Benjamin Dorsey of Pine Grove and Cristina J. wife of Steven Zimmerman of Hoboken, NJ; brothers Robert Clark, III of Point Pleasant, WV and James Clark of Harrisburg; sisters Rae Ann Rettinger of Harrisburg and Marcella Zeiders of Middletown; and grandchildren Jordyn, Buddy, Alissa, Adam, Ian, Mathias and Mylo.

Funeral services, following CDC guidelines, will be held on Friday, May 29, 2020, at 12:30 p.m. at the Messiah Lutheran Church, 1800 Oak St., Lebanon. A viewing will be held beginning at 10:30 a.m. until the start of the service. Interment will follow at Indiantown Gap National Cemetery.

In lieu of flowers, memorial contributions may be made to the www.woundedwarriorproject.org

Never miss an update about Keith. Sign up today.