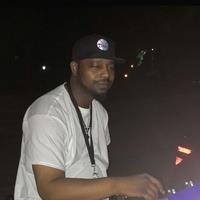 Keith Lionel Wilkins Jr, affectionally known as “Lionel” was born to Keith Wilkins Sr. and Lucille Wilkins on April 9, 1987, in Philadelphia, PA. He was raised on Kershaw St with three sisters; as the only boy, he made it a priority to protect them. Lionel was educated in the Philadelphia School system and graduated from Bartram High school in 2004.

In 2005, he had his only child Sean Wilkins, whom he loved and took everywhere. Lionel loved playing basketball and always thought he was Michael Jordan. He also played drums for the drill teams. He loved playing pool with his dad, cousins, and uncles. When he was not hanging out, he would be playing videos games with his son. One of his biggest joys in life was spending quality time with his family. He hung out on Hobart St. with his cousin Kareem. They were joined at the hip and went everywhere together. He was well known for his big smile and infectious laugh. Lionel was always cracking jokes and always made the best out of the worst. After learning many trades and life skills, he became employed with SEPTA.

Those having the pleasure of knowing Lionel admired his compassion, strong willed nature, and independence. Lionel was called home on June 22, 2020. Lionel was preceded in death by his grandmothers Charlotte DuBoyd and Emma Lee Wilkins.

Lionel will forever be loved and deeply missed. Many can admit that to know Keith jr, was to know a great man.

Never miss an update about Keith. Sign up today.