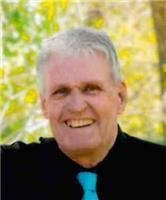 Kenneth Allen Foth, 68, of Beulah, ND passed away peacefully at his home on February 18, 2021 after a battle with lung cancer. Services will be held on Saturday, February 27, 2021 at 2:00 at Zion Lutheran Church, Beulah with Pastor Kent Sperry officiating. Lunch and a celebration of life will be held after the funeral at the Zap City Hall.
Visitation will be held from 5:00 to 7:00 PM CST, Friday, Feb. 26, 2021, at Barbot Funeral Home, Beulah.
Kenny was born on April 8, 1952 in Valley City, ND, to Ed and Pearl (Moldenhauer) Foth and was raised in Fingal, ND. Kenny played every sport Fingal offered. He graduated from Fingal High School in 1970. Kenny married Elaine Holm on June 9th, 1978. He worked as a road construction heavy equipment operator before getting on with Coteau freedom mine in Beulah in 1984, making Beulah his home ever since. Kenny retired from Coteau after 25 years of employment.
Kenny had a love of the lake and sports, especially baseball; which he enjoyed watching with their only son, Dalen. Dalen was born on July 1, 1989 and was the apple of Kenny's eye. Kenny and Dalen enjoyed many trips throughout the years attending baseball games and making many memories together. Kenny loved to follow the Minnesota twins and Minnesota Vikings. Every time Kenny pulled up in his car, you knew he was going to collect or give money for his many different boards for baseball, football or basketball games; or just to have a cold one. Kenny also had a love of reading and loved visiting with his friends just to shoot the bull.
Kenny was able to meet his only granddaughter, Aria, on January 29th. He loved her dearly and we are so thankful he got to meet her.
Kenny is survived by his wife Elaine, son Dalen (Brandi, Eli, Aria), his mother, Pearl, his siblings: Lydia (Kent) Sturma, Larry (Carol) Foth, Denny (Connie) Foth, Ann (Phil) Sletmoe and numerous nieces and nephews.
He is preceded in death by his father, Ed, sister, Verlaun Aarseth, father-in-law, Lawrence Holm and mother-in-law LaVonne Holmand and his brother-in-law, Dale Holm.
Arrangements are conducted by Barbot Funeral Home, Beulah and Hazen.

So sorry to hear about Kenny, praying for your family. Enjoy the memories, he was such a fun loving guy!