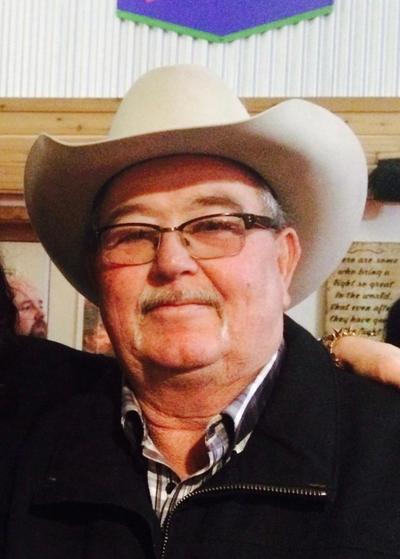 Bill was born on March 18, 1948, in Littlefield, Texas to the late L.C. and Ollie Gage. He grew up with his parents and two brothers in Lubbock, Texas. He was educated in the Lubbock ISD school system. He ran track and was a captain of the football team for the Lubbock High Westerners. Bill also rodeoed throughout high school and college. He attended Angelo State University and was one of the first members of the Angelo State Rodeo Club.

Bill met Linda Sue Owens while living and working on the Johnny and Peggy McMullan Ranch. Bill and Linda married on August 24th, 1969 and celebrated their 50th wedding anniversary this past August. They had two daughters and lived on the Independence Creek Ranch. They eventually made their permanent home at Live Oak Creek Ranch, where they would live for the next 41 years until his death.

During his life, Bill enjoyed scuba diving and fishing at Lake Amistad. He loved going on hunting trips with friends. He was a member of the PRCA and enjoyed calf roping and bull riding when he was young. Most of all though, Bill felt most at home when he was on the ranch. He was a talented wood worker and also built many of the pens on the ranch. In his later life, Bill enjoyed seeing his four grandchildren, who called him “Big Dad”.

He is preceded in death by his parents, “second parents” Johnny & Peggy McMullan, and brother Darrell.

Graveside services for Bill will be on Sunday, March 8th at 2:00pm at the Sheffield Cemetery.

First met him in December of 1995 when we leased property from him for a crude oil truck delivery station right across Live Oak Draw from the headquarters. I knew him as Kenny and that was what I always called him. I always found him to be a fair and straight shooter. He was most innovative and talented. Almost to the inventor level. Years ago I commissioned him to build me a fire pit that sits on our back porch today. I quickly realized that he was a steward of his lands and whenever...

Linda Sue and Family, so very sorry for your recent loss. Prayers for strength and guidance during this difficult time and we know who holds your hands.

I am thankful for all the wonderful memories of good times our families shared. Deepest sympathy to the whole family. God give you peace, comfort and strength. Love to you all

Our love and sympathy to all of you and please know that were praying for strength that only God can give you to carry you through this. Love, Connis and Linda

So very sorry for your loss. We are sending our prayers and sympathy.