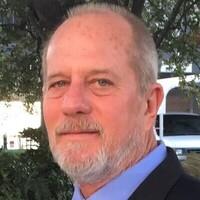 Wegman, Kenneth D., 61, born and raised in Tampa, left his life too soon August 7th, 2021. He was predeceased by his parents, James R. “Bob” Wegman and Nora A. Wegman Phillips, and his brother David A. Wegman.

Kenny was born and raised in Tampa, graduating from Robinson High School in 1977. During his senior year, he met a woman from the rival high school (Plant High) who he fell in love with; he and Alice were married in 1980. After high school, he went to work in the field of industrial AC/refrigeration compressor repair for years before going on to own and operate his own business, Professional Hermetics, for almost 20 years. Kenny’s friends knew they could always count on him to lend a helping hand. He enjoyed coaching his daughters’ softball teams, taking his grandkids for golf cart rides, and working around the yard. He was known for his delicious barbecue, cooking up feasts for big groups, and putting together an impressive spread at yearly Thanksgiving dinners and other events.

Friends and family are invited to join us for services at Hodges Funeral Home in Dade City (11441 US-301, Dade City, FL 33525) on Sunday, August 15th at 10:00 am. In lieu of flowers, please make a donation in Kenny’s name to the American Cancer Society, to the ALS Foundation (in his mother’s memory), or to your favorite animal shelter.
Masks are required indoors by Hodges Family Funeral Home

Patty I'm so sorry for your loss. God bless you and your family and hope that will find peace in time.

Knowing Kenny for more than 40 years I can't say I knew a finer person on earth. I remember the first days at Drake Corp and his journey from there we remained friends in and out of business.
My heart is truly broken after seeing so much joy the grandkids had brought out of him and he's been taken way too early in life.
I'm very sorry I can't attend the services due to me being sick with Covid.
My thoughts and prayers are with the family and friends for years to come because...

“How can the dead be truly dead when they still live in the souls of those who are left behind?”

I am so very sorry for your loss. My thoughts and prayers go out to you and your family.

May your hearts soon be filled with wonderful memories of joyful times together as you celebrate a life well lived. Praying for Gods peace for you all.