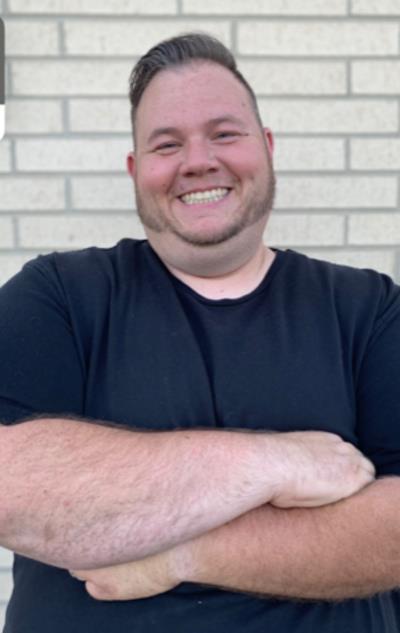 Nate was born to Kathy (Froelich) Hall and Allan Hall on Halloween of 1985 in Indianapolis, Indiana. His alma maters include Ritter High School (Class of 2004) and Marian University where he earned a BFA in 2009. He met the love of his life, Devan (Crowder) Hall in 2004, the two began dating in 2007, and they married in November of 2014. From the time the two started dating, Nate took on his favorite role of “Father” to their three children Pamela, Alex, and Cambrin.

An avid lover of all things horror and theatre, Nate loved watching paranormal and “old man” shows with his daughter Cambrin, talking about podcasts and helping his daughter Pamela with her own theatre career, and sharing his love of musical theatre and building with his son Alex. Nate also loved all of his past and present students involved in Speedway High School’s theatre department who were considered his other children.

He is preceded in death by his mother Kathy Hall and aunt Paula Froelich. He is survived by his loving wife, Devan, father and stepmother, Allan and Arlyn Hall, brother Scott Hall, children and their partners Pamela Albrecht (Travis Tardy), Alex Bradley (Kylee Man), Cambrin Bradley, and his adoring grandson Emmett Tardy.

In lieu of flowers the family requests that donations be made to his other family at the Speedway High School Theatre Department.

Nate was incredibly special. He truly cared about all the kids in the Speedway Theater and Band programs. He was such a positive role model for the kids and he will be sorely missed.

You will be missed, Nate, and I'm sorry we didn't get a chance to work together again. You blessed the Marian University theatre program with your creativity and countless hours of work. Our hearts and prayers go out to you and your family. Love, the Steege Family (Kristopher, Michelle, Orion, & Tristan).

Love you, Nate. Your love and devotion to your family and friends will always be inspirational. You're the perfect example of a family man and a kind, loyal friend. Your heart, quick wit, and beautiful smile will be missed. MAFIA prince eternally.

Devan, we love you. If you need anything please reach out. We cannot imagine the pain you and your kids are going through. You and Nate got to experience precious true love to be cherished forever. You have made a lovely family together,...

Never miss an update about Kody (Nate). Sign up today.