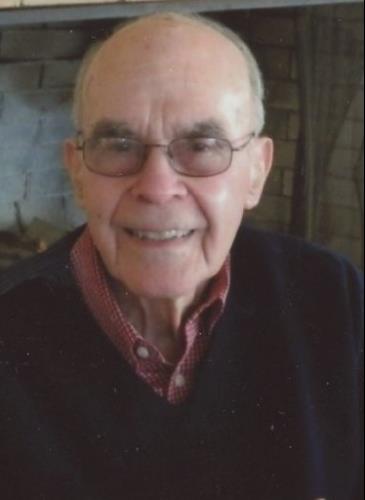 Not the right person? See All ›
LOCATION
Lakewood, Ohio

age 95 passed away 9/12/2020. He is survived by his loving wife of 63 years Ann McIntosh (nee Pyle), devoted father of Amy Kelly (Donald) of Cleveland, OH, Jeffrey McIntosh (Lisa), of Bartlett, IL, and the proud grandfather of James and Michael Kelly, Julia, Laura, Emily and Megan McIntosh. He is preceded in death by this parents, Kyle I. McIntosh, Sr., Kathryn R. McIntosh (Peterson), sister, Mary Grafton (Thomas). Kyle was born in East Liverpool, Ohio. Attended Calcutta, Newton Falls High School and graduated from Cleveland Heights High School in 1942. Kyle went on to attend The Ohio State University. He was a lifelong supporting member of the Phi Kappa Psi Fraternity. He graduated with a Bachelor of Science in Business Administration in 1948. After college, Kyle secured a job with National Carbon, which later became known as Union Carbide. In 1957, Kyle and Ann married, and they settled in Cleveland, OH. Working for Union Carbide took them to Asheboro, NC, Westfield, NJ, returning to Cleveland, OH in 1971. Kyle retired after 42 years with Union Carbide. He managed all Warehouse and Supply Chain activities nationally for the Battery Products Division. Kyle enjoyed golfing, cheering on the Buckeyes and volunteering for the Meals on Wheels program. He was an active member of the Lakewood United Methodist Church in Lakewood, OH, serving on the finance committee. Dad was a member of the Greatest Generation. We applaud them, thank them and will love them forever. Services will be announced at a later date.

Kyle, How many times did we all have a fun time at Baratko's on a Friday night? Or maybe all those Lakewood Booster Club events? Those times were great fun. We can still remember that laugh of yours. You would be surprised to hear how often you and Ann slip into my mind as the years go by. It was our pleasure to have had you as our friend.

Never miss an update about Kyle. Sign up today.