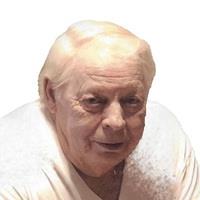 Larry Ray Hood, age 69, husband of Pamela Ginter Hood passed away July 17, 2020 at his residence in Stanton, Kentucky.  Born in Knowlton, Kentucky he was the son of the late Talmage and Ella Wasson Hood and was a former second shift supervisor at Hanson Brick Company.  Larry was a member of Morris Creek First Church of God and he operated Hood's Skating Rink for 39 years.  He was also an avid classic car enthusiast.  In addition to his parents, he was also preceded in death by one grandchild, Abigail Osborne.  He is survived by his wife, Pamela Hood; one son, Billy (Jennifer) Hood of Stanton; one daughter, Sara (Brian) Osborne of Louisville, one sister, Stanley Morton of Stanton, father-in-law, Bill Ginter of Clay City; seven grandchildren:  Adam Osborne, Izabella Osborne, Luke Hood, Brooklyn Hood, Dylan Griggs, Ryan Griggs and Jillian Griggs; one great grandchild, Lincoln Kobe Curtis along with several nieces and nephews.  Funeral services officiated by Jerald Faulkner and Donnie Spencer will be conducted at 3:00 P.M. Sunday, July 19, 2020 at Hearne Funeral Home Inc., 125 West College Avenue, Stanton, KY.  Visitation begins at 1:00 P.M. until 3:00 P.M. Sunday at the funeral home.  Burial will be in Kennon Cemetery with Ronnie Ison, Ernie Whitaker, Shawn Henderson, Billy Hood, Ronnie Brewer, Thomas Cook and Randy Morton serving as active pallbearers.  Honorary pallbearers are Denny and Renee Billings, Brenda and Stuart Goldsbough, Debbie and Mendel Tipton, Jerald and Sue Faulkner, Donnie and Linda Spencer.  Arrangements by Hearne Funeral Home, Inc.

Sorry to hear of Larrys passing. I worked many years with him.

Pam, Billy and Sara. WE are so sorry for your loss. Tom and I thought a lot of Larry.He was a hard worker and was always kind to us.

Larry...Rest in Peace
My Condolences to the family.

So sorry to hear of Larrys passing. He was a very kind man. May your family find peace and solace during this time of grief.

I have fond memories of Larry and me as children. He grew up next door to my grandmother and we spent many hours on her porch swing talking and going to the skating rink. He was always a kind hearted person. His sister was married to my cousin and we use to talk about being related but not really. I know he will be greatly missed. My deepest sympathy to Pam and all his family. God Bless!

Larry was a kind Man He will be missed by many people. if you knew him and Pam you loved them.

Larry was a great man. My heart and prayers go out to his family. Larry and Pam watched me grow up at the skating rink and I have alot of great memories❤