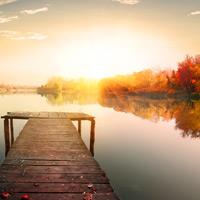 Mr. Kelly is survived by his sister, Faye Kelly Shavender of Greenville and several nieces and nephews.

In addition to his parents and his wife, Mr. Kelly was preceded in death by three brothers, Robert Kelly, Kenneth Kelly and Melborn Kelly.

Online condolences may be offered to the family by visiting www.paulfuneralhome.com

Paul Funeral Home of Belhaven is honored to serve the Kelly family.

Faye, I was sorry to read about Larry. You are my thoughts and prayers

Beansie RIP you and Bucky can talk about the good ole days once again. Prayers for your family.

Beanzie was a very special fellow - always fun to be around. Very sorry for his loss. Thoughts and prayers for the family.

Larry R Kelly was a very special person in his own way. He liked to have piece around him and would do a lot to abstain that piece. May he RIP. LOVE YOU LARRY. From: Robert and Phyllis

I am so very sorry to hear about my Uncle Larry. Although we didn't know each other well, my Dad, Kenneth Kelly, spoke of him often and loved him dearly. My heart goes out to the family and especially to Aunt Faye, a very sweet and kind lady who was there for my Dad as I'm sure she was for Larry as well. May God give you and the family peace, strength, comfort and hope through this time. I will not be able to be at the funeral services but will be thinking of you all and keeping you in my...

RIP Larry...you will be missed..