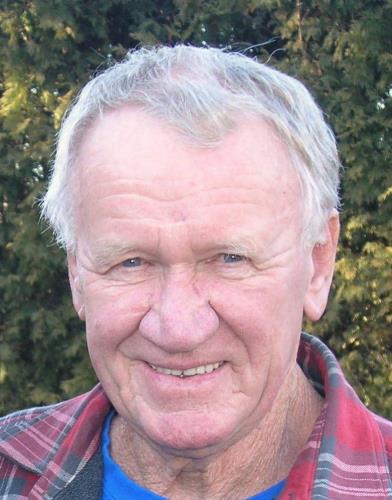 Not the right person? See All ›
DIED
August 5, 2020
LOCATION
Myersville, Maryland
CHARITY
The Charity of your Choice
Make a donation

LARRY NORWOOD MORGAN, 81, of Myersville, had lived a long and productive life full of family and friends when he died on August 5, 2020 in Winchester, VA. Larry is survived by Dixie Farsht Morgan, his wife of 61 years. He was born in Yellow Springs, Maryland to the late John "Bub" Morgan and Ida May Zimmerman Morgan.

For almost 50 years, Larry proudly drilled, dug and dynamited in construction work as an instrumental part of building the community so many of us call home. Larry began working as a teenager drilling wells for Keyser Well Drilling along with his friends, Jimmy Moore and Robert Cline.

He retired from Ausherman Construction in 2001 after 38 years of service as a heavy-equipment operator and licensed dynamiter. The foundations and grading around many homes in the Clover Hill communities showcased Larry's work. Within weeks of retirement, Larry grew bored and went back to work...this time for Bidle's Excavating & Hauling, Inc. before stepping off his loader one last time in 2008.

As a young man, Larry loved playing baseball for the Yellow Springs team. He was also an accomplished pool player. Larry had a novel approach to Happy Hour. After work, he would ride past the Krantz home on Shookstown Road blowing the horn and waving a sheaf of dollar bills out the window as he passed the barn. This was his signal to Bill to stop milking and join him for a friendly game of pool up the road at Clyde Grove's store.

In retirement, he loved to relax in his second home (The 'fully equipped' Shed) and feed the wildlife, tend stray cats and watch NASCAR, baseball (particularly the Yankees and he loved Mickey Mantle) and football on TV. Larry was an avid country music fan and especially loved Jim Reeves. Often he could be found in the Shed, repairing small engines or yard equipment for his extended family or entertaining close friends, most notably Don Baker.

Larry alternated between driving his pick-up truck or his red Honda Aero scooter to Myersville or to cross the mountain to spend time with family at the homeplace in Yellow Springs.

In addition to his wife, Larry is survived by sons, James Morgan and Steven Morgan, daughter, Lisa Cromwell and husband Ted (both of whom lovingly cared for him during his final months), grandson, James Morgan II, and great-grandchildren, Derek, Zoey and Maverick Morgan, his sister, Patricia Carbaugh, brother, Herman Morgan, sister-in-law, Betty Morgan, Aunt Roberta Harris and many nieces, nephews and cousins. Larry also leaves behind Paul and Betty Farsht, Dixie's brother and sister-in-law, whom he loved dearly, along with Ted's family who gave much love and support during his last few months.

In addition to his parents, Larry was predeceased by brothers, Floyd Edward Morgan and Douglas Morgan, along with a beloved granddaughter, Jessica Morgan.

The family will receive friends on Monday, August 10, 2020 from 2 to 5 p.m., at Keeney & Basford Funeral Home, 106 East Church Street, Frederick, MD. Due to Covid-19 social distancing and face masks are required. Graveside services will be private.

For those wishing to do so and in lieu of flowers, memorial contributions may be made to an animal charity of your choice.

We are sorry for your loss. May GOD comfort you in this time of sorrow.

My Mom and the family were very good friends for many many years. I am so sorry and sad to hear of Larry's passing. Dixie my Prayers and thoughts are with you and your family. Peace be with you.