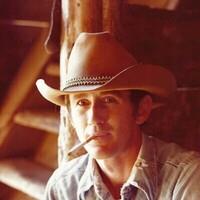 Larry A Myers, 71, of North Loup passed away on Tuesday, February 23, 2021, at his home surrounded by his family after a yearlong battle with cancer.

Larry’s wishes were to be cremated. A celebration of life will be held at 11:00 am on Saturday March 13, 2021 at the North Loup United Methodist Church. Pastor Bonnie Brock will officiate.

In lieu of flowers, memorials are suggested to the family.

On February 15, 1969, Larry married Sheila Tillman. To this marriage three sons were born, Justin, Jared, and Jordan. Larry and Sheila lived in various communities in central Nebraska. They ran their own dairy farm in Greeley County until 1984 and Larry also worked on the Calamus Dam Project. They later moved to Dannebrog where they resided until they later divorced in 1990.

Larry was joined in marriage to Charlene Tillman on November 30, 1992, at Grand Island. They resided in rural Howard, Greeley, and Valley counties of Nebraska. To this marriage two sons were born, Tyler and Tristan. For the last 17 years they made their home in North Loup.

Larry was employed by Baxter Feedlot in his younger years, where he developed the love of farming and livestock care. He worked various jobs throughout his life including, Sperry New Holland, Webb Road Sale Barn, and Grand Island Senior High School. Larry owned and operated his own trucking business, Myers’ Trucking for 25 years and retired in 2016.

Larry had many achievements in life such as awards from New Holland Rifle and Pistol Club, he was a member of the Hall county Sheriff’s Posse, various bowling, softball, and volleyball teams. Larry enjoyed many outdoor activities including hunting, fishing, camping, four wheeling, and boating.

Out of all of his achievements and awards Larry was proudest of his grandchildren, family, and the time spent with them.

He was preceded in death by his parents; an infant son, Jared Myers; a brother, Loren Myers; and parents-in-law Charles and Margy Tillman.

Larry was a special man in my heart .Some of my favorite childhood memories are very special because of him.
Many prayers and much love to you all .