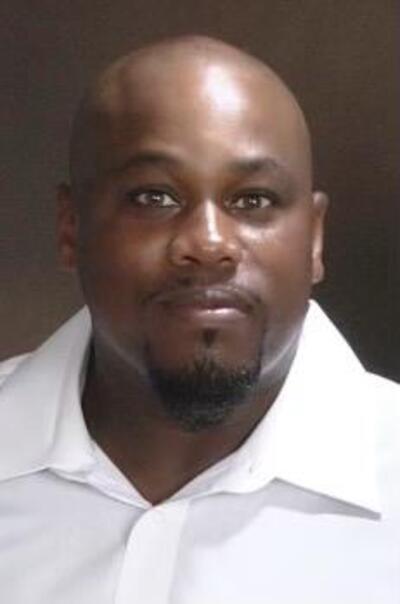 The trumpet sounded for another Angel.  On Tuesday, August 17, 2021, Lawrence Oliver Washington, Jr., 54, of Bethlehem, Georgia, formerly of Henderson, Kentucky, went home to be with God.

Lawrence was born November 27, 1966, in Henderson, Kentucky, to Lawrence O. Washington, Sr., and Helen Harshaw Washington.  He was a member of Calvary Baptist Church in Henderson, Kentucky, where he was baptized by the Reverend Harry Walker and where he worked faithfully under the leadership of the Reverend Adrian Brooks for many years prior to relocating to Louisville, Kentucky.

Lawrence was a 1985 graduate of Henderson County Senior High School, where he played basketball and football and ran track.  He received his Barber and Cosmetology License from Roy’s of Louisville Beauty Academy in Louisville, Kentucky.  Lawrence was also an entrepreneur.  He was the co-owner of L & H Coin Laundry in both Henderson, Kentucky, and Lexington, Kentucky, and had a thriving landscaping design and consulting business.  He had a passion for creating beautiful ponds, water gardens, fire pits, patios, and walkways.  Lawrence was a Team Leader at PepsiCo Frito-Lay in Lawrenceville, Georgia, where he had worked for the last 25 years.  He enjoyed traveling and fishing but most of all spending time with his family.

Services will be at 1 p.m. Friday, August 27, 2021, at Rudy-Rowland Funeral Home.  Pastor Elijah Collins, Jr., of New Jerusalem Baptist Church in Snellville, Georgia, will officiate.  Burial will be in Fernwood Cemetery.

A walkthrough visitation will be from 11 a.m. until service time Friday, August 27, 2021, at the funeral home.

Mrs. Washington, Amari, Shelia, Denise, April,DAnna,Ashley , Mary Helen, Lavin & AJay, we are deeply saddened by the loss that you and your family have encountered. Lawrence was a great son,brother, father, uncle and offered to help anybody that he could with had a heart of gold.I remember when I first saw his landscaping designs an how impressive they were, (some of the best I've ever seen) we extend our deepest sympathies to you and your family. May his soul be at peace with our...

A good heart has stopped beating, a good soul ascended to heaven.May our Lord bless and comfort you and your family during this time of grief. Please accept our sincere condolences.

May God comfort all of you. I’m so sorry for your loss. Praying for all of you, Lawrence will always be in my heart.

My heart and prayers go out to the family. God bless and may you God give peace in your heart. I will always remember Lawrence’s big smile. Rest In Peace my dearest friend.

God has received a great soldier
RIP my good brother

May God bless you and your family in this time of sorrow. We’ll keep you all in our prayers.

You will always be remembered never forgot my little brother. Rest In Peace

My deepest sympathy to the family of Lawrence. This is a hard pill to swallow. I worked with Lawrence at frito for 7 years. A beautiful soul inside and out, always willing to lend a hand whenever needed. I'm going to miss my friend. Rest in Peace.

My deepest condolences to you all and may God bless you all, praying for you all

Never miss an update about LAWRENCE. Sign up today.