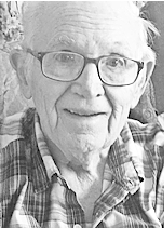 Lester Grover CHESAPEAKES, VA Lester Grover, 94, returned to his heavenly home on Tuesday, January 5, 2021, from Chesapeake, VA. His devotion to family and firm belief in God supported him in life and as he passed peacefully in his sleep to God's waiting arms. Lester was born in Arneytown, NJ, on April 14, 1926, to Laura and Lester Grover. Prior to World War II, he lived in Hamilton Square, NJ. He joined the Army Air Corps at the age of 17, attended bootcamp at Fort Dix and worked as a P38 line mechanic. Following the war, Lester attended GMI School and worked for GM for 32 years. Lester met the love of his life, Leah Buskirk, at the Pilgrim of Holiness Church. They were married on July 21, 1949. They lived in Hamilton Square NJ; Yardley, PA; Three Springs, PA; Milford, DE, and finally in Chesapeake, VA. No matter where they lived, Mr. Grover's interests included family, church, hunting, fishing and was a motorcycle enthusiast. In addition to his parents, Lester was preceded in death by his wife, Leah Grover. Left to cherish his memory are his son, Bill, and daughter-in-law, Elizabeth. Lester is also survived by his brothers, Donald Grover and Raymond Grover. He was blessed with two grandchildren, Kristyn and Bethany, and two great-grandchildren, Natalie and Kassidy. At his request, a graveside service will be held at the Brigadier General William C. Doyle Veterans Cemetery in Wrightstown, NJ, Wednesday, January 13, 2021, at 1:30 p.m. In lieu of flowers, Lester requests donations to the American Legion, Disabled American Veterans, or Dachshund Rescue North America. Oman Funeral Home & Crematory 653 Cedar Road Chesapeake, VA 23322 (757) 547-5184

A great and Godly man... I met Lester and his family at the Erma Holiness Camp Meeting near Cape May NJ.. They attended there every year, for many, many years... Never speaking a harsh word to anyone or about anyone.. He was a gracious, gentle and kind man that loved God and camp meetings. I remember him working in the dining hall kitchen at camp.. Rest Peacefully my friend...

Never miss an update about Lester. Sign up today.