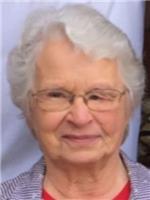 Not the right person? See All ›
LOCATION
Lafayette, Louisiana

Funeral Services will be held at 10:00 AM on Friday, July 10, 2020, in the Delhomme Chapel of the Flowers for Linda Allred Becnel, 79, who passed away on July 7, 2020. Burial will take place in Roselawn Memorial Park in Baton Rouge, LA. Mrs. Becnel, a resident of Lafayette, was the daughter of the late Walter Allred and the former Pearl Draughn. Linda is survived by her husband of 58 years, Charles L. Becnel, Jr; son, Mark Becnel and wife, Denise; son, Mike Becnel and wife, Kelli; and daughter, Alison Becnel; grandchildren, Lauren Becnel Marsiglia (Philip), Ashley Becnel, Benjamin Becnel, Chad Becnel (Leslie), Steele Becnel, Brittany Ives, Cameron Ives, Cole Ives and Connor Ives; and great-grandson, Sam Becnel. She was preceded in death by her parents, Walter and Pearl Allred; and her brother, Walt Allred. The family requests that visiting hours be observed at Delhomme Funeral Home - Bertrand on Friday, July 10, 2020, from 8:00 AM until the time of service. Pallbearers will be Chad Becnel, Steele Becnel, Benjamin Becnel, Cole Ives, Connor Ives and Philip Marsiglia. Personal condolences may be sent to the Becnel family at www.delhommefuneralhome.com. Delhomme Funeral Home, 1011 Bertrand Drive, Lafayette, LA is in charge of funeral arrangements.

Steve and I are so sorry for the loss of Linda. We dearly loved yall and really enjoyed stooping on Arborwood Court. May God wrap his arms around you and your family during this difficult time.