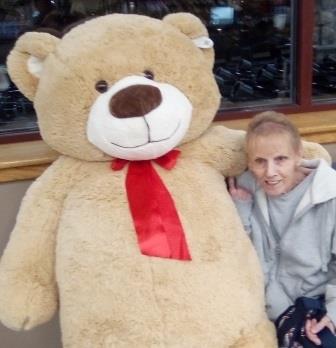 Not the right person? See All ›
LOCATION
Eagleville, Pennsylvania

Linda (Davies) Jacobson passed away peacefully on Wednesday, September 2, 2020, at Einstein Medical Center Montgomery in E. Norriton, PA. She was 69. Linda was a resident of Eagleville, PA. She was an avid Philadelphia sports fan, especially the Flyers. Linda was known as the “Elflady” because of her collection of garden gnomes and she enjoyed watching the HGTV network and Lifetime movies. She loved spending time with her grandchildren and especially liked watching her grandson race. Linda was one of a kind who would give anyone the shirt off her back. Linda’s bubbly personality never failed to fill the room with laughter. Everyone was always happy to see her. Born in Scotland on April 1, 1951, she was a daughter of the late William and Mary (Lindsey) Davies. Surviving is her loving family including her companion of many years, Larry Sullivan; two daughters, Tracy Leaper and her husband, Rick, and Kelly Jacobson and her fiancee, Michael Alldridge; five grandchildren: Danny, Tyler, Kaci, Trevor and Nikolas; a brother, Tom Davies and his wife, Michelle; two sisters, Marion Bruce and her husband Ben, and Jean Robinson and her husband Robert; and many other loving family members. Preceded in death by brother, Billy Davies; and sister, Mae. Funeral services and interment will be private at the request of the family. In lieu of flowers memorial contributions may be made in Linda’s memory to the Ronald McDonald House, 3925 Chestnut St, Philadelphia, PA 19104. Arrangements are by the Bacchi Funeral Home & Crematory, Ltd., Bridgeport, PA. Condolences to the family at www.bacchifh.com