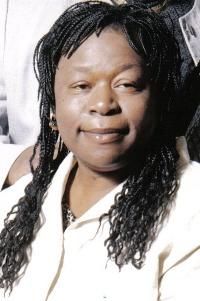 Linda Ruth Stokes was born June 5, 1962 to the late Rufus Lee Stokes, Sr. and the late Cora Bell Stokes in Newark, New Jersey. She was the oldest girl of seven children. Linda was very protective of her other siblings. Linda went to grade and middle school in Newark, then her family moved to Trenton, N.J. Upon graduating from Trenton High School in 1980, she returned to Newark and attended Bloomfield College for two years. She held various jobs including Telemarketing, Waitressing, and Package Handling. After the passing of her eldest brother, Linda took in and lovingly raised his six children while also raising her own sons. Linda joined and became a faithful member of Greater Friendship Baptist Church under the leadership of Rev. John T. Teabout, Sr. in 1994. She enjoyed going to service and eventually became a Youth Advisor. She also helped out in various other ministries while also volunteering her time to the church's Summer Enrichment Program, supplying meals and transporting the workers and campers to and from various destinations. She later joined the Pastoral Care Ministry. Linda enjoyed cooking and fellowshipping, but mostly spending quality time with her family. She enjoyed family and friends to just stop by for a visit to laugh, joke or just hang out together. Her family was very important to her and she showed it in her love and care for them. Her beautiful smile will live in our hearts forever. She was preceded in death by siblings, Rufus Lee Stokes, Jr., Dwain Stokes, Gregory Stokes and Janet Stokes. Linda leaves to cherish her precious memory: two sons, Kareem Holmes and Nasir Carter; two sisters, Lynette and Jermaine Stokes; nieces and nephews she loving raised, Lamont, Antoine, Brian, Corey, Lisa and Teresa Stokes, Shareefah Woodard, LaToya King, Joel and Job Edmonds; cousin, Harold Powell; and a host of aunts, uncles, nieces, nephews, great-nieces, great-nephews, other loving relatives and friends. To send a lasting tribute or condolences to the Stokes family, please sign the Online Guestbook below. Click ''Sign Guestbook''.

My condolences. For some reason my spirit was telling me to look for the Stokes family so I began searching. I am Ruth (SIS)Barnes' daughter My mom and Rufus were best friends. As soon as I begin my search I stumbled upon this. RIH Lisa! I was sent in the right direction. This is a beautiful write up. If any of Rifus' Sons or daughters get to this message. Please reach out to me! Love you all!