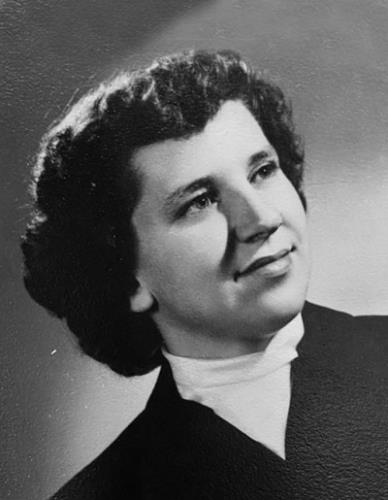 Lois Deborah Herr, 87, of McClusky, died peacefully, and was ushered into the presence of her Savior Jesus on Saturday, April 10, 2021 at St. Benedict's Health Center in Dickinson.

Lois was born Sept. 24, 1933 in Harvey to George and Ida (Miller) Kessler. She graduated from McClusky High School in 1951. Lois moved to Bismarck after high school where she worked for a time before she moved back to McClusky.

Lois and Alvin were married June 27, 1954. Lois was a very supportive wife during Alvin's military service. After Alvin's time in the service, they moved back to McClusky. While Alvin farmed, Lois was a full-time homemaker, raising their four boys. She was a loving wife and encouraging, thoughtful and influential mother.

Lois enjoyed gardening and while her boys learned to garden as well, they weren't as fond of it as their mother was! She loved music and was often heard singing while doing housework or lending a hand on the farm. She enjoyed playing the piano and wanted her boys to learn to play and appreciate it as much as she did.

Lois' greatest strength was her devotion to Jesus Christ her Savior and Lord, and she was committed to the Holy Bible as truth for life and faith. She prayed often, especially for her family, and encouraged them to know Jesus as their Lord and Savior and grow in His grace and knowledge.

Lois was preceded in death by her husband, her parents, sister Virginia and brother Wesley.

Visitation will be held 45 minutes prior to the service. The graveside service will be held 2 p.m. at the McClusky City Cemetery.

Never miss an update about Lois. Sign up today.