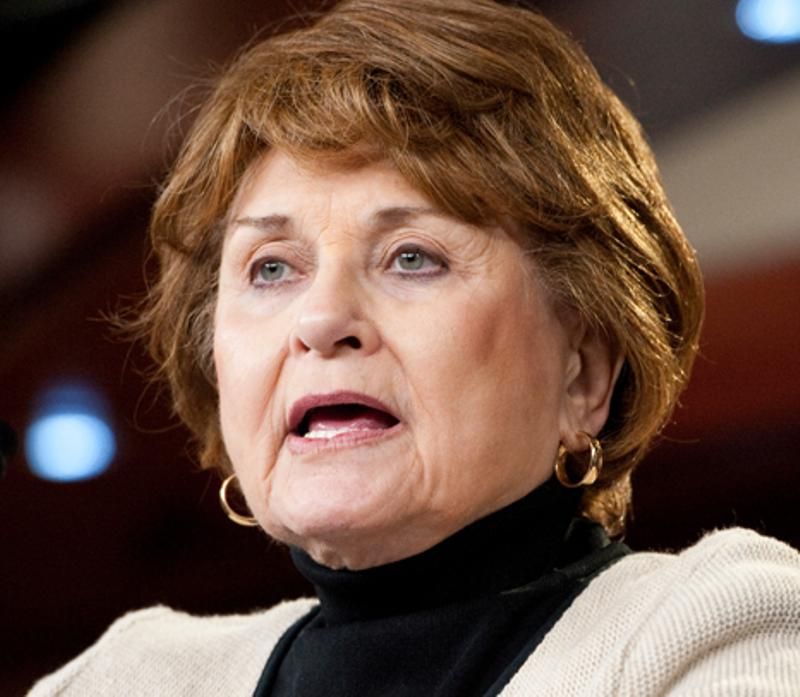 Louise Slaughter, longtime Congresswoman from New York, and first woman to chair the House Rules Committee, died Friday, March 16, 2018, days after falling in her residence, according to The Associated Press. She was 88. For full obituary and coverage from Legacy.com, click here.

I would like to express my deepest condolences to the family for their loss. May you find comfort and help in God during this time of sorrow.

To the family and friends of Louise Slaughter. My deepest sympathy to all. May the God who gives Comfort be with the family in these difficult days ahead.

May God grant eternal memory to our humble sister Congresswoman Louise Slaughter. Remember always her kindnesses to the Original Peoples of the US and Canada, to the disabled, to Widows of Veterans, and to the poor. May the Lord take notice of only the goodness in her heart, and forgive her imperfections.

I was so sorry to hear of Louise's passing. She was an icon in so many ways, our mutual passion for passenger rail, was certainly the key professional connection and , she was amazing. On a more personal note, while working in Washington, I fell and broke my arm, Louise would call me several times a week for months to check on me - almost always after she left her Rules Committee - basically after 10 PM at night. I will miss her kind spirit , relentless passion and her smile - my deepest...

Louise Slaughter helped my family address a personal as well as community problem in the late seventies, when she was a newly elected Monroe County legislator. Around that time, she also helped save the magical playground of my youth, Hart's Woods, a beach-maple forest speckled with rare trillium flowers.

My parents, George and Maureen Basil, who passed away in 2016, became citizens in 1976, the USA bicentennial year, and happily voted for Louise Slaughter in every single election...

Louise Slaughter, with her southern accent and her strong woman image, was the Rochester area's own Steel Magnolia. I met her first on a social level and then on a professional one. At one time I was a project coordinator for an RIT program to help women re-enter the labor market after years away. The participants in the program had never had the opportunity of a graduation of any kind, so it was my goal to give them one. I reached for the top to be the commencement speaker and, despite...

Louise was a angel to me and now she is! My prayers & condolences go out to her friends & family! 1/17/12 I reached out to her as my Congress woman to please help me as I was diagnosed after a year of suffering & misdiagnosis in SC. I moved back to Rochester & to see our Doctors up here. I was 42 & having major brain surgery in 1 month/3days! I was scared on 1/03 tried to get ssdi but no answers on computer, or on phone . She said she would do everything to help me ,...

I was so sorry to hear of Louise's death. What an outstanding leader and person she was. We are remembering her at St. Luke's Episcopal Church in Fairport.