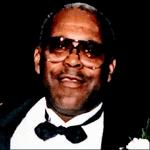 Not the right person? See All ›
DIED
April 27, 2020
LOCATION
Washington, District of Columbia

Lyndon Carl Rowe
Lyndon Carl Rowe passed away quietly in his Maryland home on Tuesday, April 27, 2020, with longtime partner Yvonne Manhertz at his side. Lyndon was born in Manchester, Jamaica, August 22, 1936 to predeceased, parents Louis Albert Rowe and Avis Matilda Rowe, as well as beloved older brother Joseph. He spent his early professional life as a journeyman welder, working at bauxite companies in Jamaica. Lyndon immigrated in 1972 to the United States. He worked at the Brooklyn Navy Yard, in the Bronx, NY; National Steel & Shipbuilding Company (NASSCO) in San Diego, CA; and American Airlines in New Orleans, LA. Finally, he relocated to New Carrollton, MD, where he worked briefly for Central Parking Systems, Inc. After a lifetime of hard work, Lyndon retired in 2004. It was during his retirement that he fell in love with the United Baptist Church of New Carrollton, under the spiritual leadership of Pastor Everett Pope. Lyndon was devoted to his faith and his church and could be found there every Sunday until he was no longer able to attend service. Diagnosed with dementia, coupled with his diabetes, Lyndon's illness eventually became so debilitating that he could no longer care for himself. His partner Yvonne became his primary caretaker until his death in April. Despite his long battle, he never lost his stubbornness or sense of humor. Lyndon is survived by his children Sherron (Connie) Rowe-Hohn, Carl (Johnny) Rowe, Doreen Rowe, Laurel Rowe, Karene Rowe, and Sophia (Rowe) Engwell. He leaves grandchildren, great-grandchildren, his late brother Joseph's children, a host of cousins and friends. He is also survived by first wife Winnifred (Finlayson) Rowe, divorced. He will be dearly missed by those who knew him and loved him. A memorial service to celebrate the life of Lyndon will be announced soon.

My Sympathy to the Rowe Family.

My deepest sympathy to the family of Lyndon Rowe. May you be comforted in knowing that our Heavenly Father cares for you. He will give you strength and courage to cope with your grief.
Psalm 94:17-19

Never miss an update about LYNDON. Sign up today.