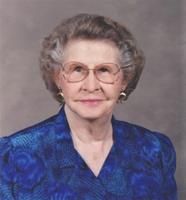 Not the right person? See All ›
LOCATION
Lawrence, Kansas

I am so fortunate to have had so many visits and conversations with Margaret during her first two years at Oma's House (until Annus Horribilis). She was an amazing, intelligent, wise, STRONG woman with a great sense of humor. Being a wife and mother was exactly the life she hoped for and she was fiercely devoted to her family. I am so sad for all of us who were not able to connect with the special people in our lives during this past year and am so grateful to everyone at Bridge Haven who...

Godspeed Margaret. Now eternally reunited with George, and other family, friends and loved ones that have gone before.

Sue, your Mother is an amazing woman and her daughter has many of her characteristics. Prayers for comfort and peace at this time. Safe travels to you to Derby. Love you.