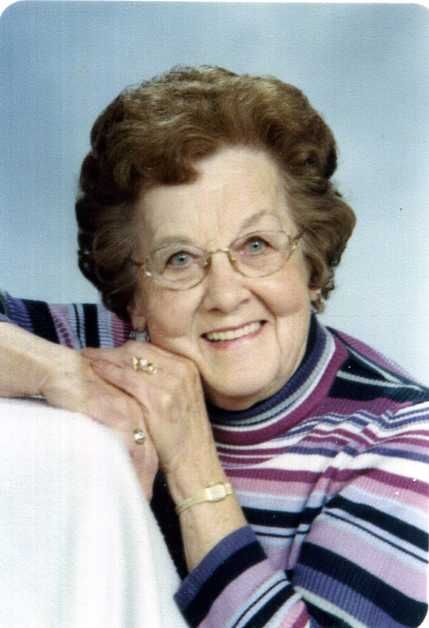 Margaret "Peg" Jean Musselman, 86, of Springfield, died at 5:18 p.m. on Saturday, December 31, 2011 at St. John's Hospital. Peg was born September 27, 1925 in Edinburg, IL, the daughter of Isaac Ray and Rachel Ella Wanek Ward. She married Dale L. Musselman on November 10, 1950 in Peoria; he preceded her in death on June 4, 2001. Peg retired from the Social Security Administration and was a league bowler for many years. In addition to bowling, she enjoyed golf, playing cards, dancing, playing the organ and working in the yard. She is also preceded in death by her parents; brother, Robert T. Ward; and sister-in-law, Doris M. Ward. She is survived by one nephew, John R. (Cathie) Ward of Golden, CO; three nieces, Martha Ann (Norman) Thompson of Gilroy, CA, Kathryn M. Gutierrez of El Paso, TX, and Mary M. (Robert) Varra of Broomfield, CO; several great-nieces and great-nephews; and her beloved cats, Miss Kitty and Tiger. Funeral Ceremony: 1:00 p.m. on Thursday, January 5, 2012 at Kirlin-Egan & Butler Funeral Home, 900 S. 6th St., Springfield with Celebrant Judy Woerner officiating. Burial will follow at Camp Butler National Cemetery. Memorial contributions may be made to: American Cancer Society, 675 E. Linton Ave., Springfield, IL 62703. Peg's family would like to thank the nurses in Module B ICU unit at St. John's Hospital for their compassionate care.