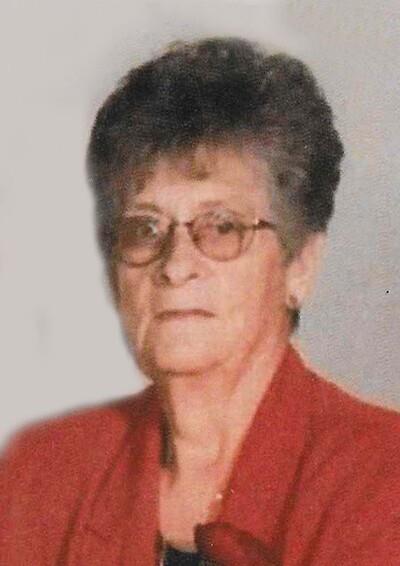 Funeral Services will be at 10:30 a.m. on Friday, December 3, 2021, at the Central Valley Auditorium (Sacred Heart Gymnasium) in Greeley with Pastor Arsene Lumami officiating.  Burial will be in the Greeley Cemetery. Visitation will be held on Thursday from 5:00 to 7:00 p.m.at the Auditorium.

In lieu of flowers memorials are suggested to the Family’s Choice to be determined at a later date.

Margaret Ann was born April 11, 1935, at Valentine, Nebraska to U. Wesley and Margaret Z. (Manifold) Fox. She was raised on the family ranch north of Kilgore, Nebraska and received her education at Kilgore Public School graduating in 1953.

Ann continued her education at the University of Nebraska at Lincoln and later pursued a LPN Degree from Platte Community College at Columbus; graduating in 1982. On December 19, 1954, Ann was united in marriage to Lee Allan Nielsen at Kilgore, Nebraska. The couple made their first home in Geneva then settled in Greeley in 1958.

Ann was a LPN at the Greeley Care Home for many years until she stayed at home to care for her husband. She returned to the Care Home where she was the Activities Director until her final retirement.

Ann was a member of the Greeley United Methodist Church and United Methodist Women. She was very active in the church, represented the annual conference, taught Sunday School and directed the children’s choir. She belonged to the Eastern Star, an extension club, the Red Hat Society and a bowling team. Ann served on the Greeley Care Home Board and was an EMT on the Greeley Rescue Unit.

Ann was known for her collection of angels, nutcrackers and antiques. The couple raised a large garden and canned. Ann enjoyed all kinds of crafts, sewing and was part owner of the Country Store in Spalding.  Her favorite pastime was her family and watching the grandchildren play ball.

Survivors include three daughters and sons-in-law, Lea Ann and Gerald Dugan of Greeley, Tamara Welch of St. Paul and Beth and Mark Asche of Sioux Falls, South Dakota; two sons and daughters-in-law, Alan and Linda Nielsen of Greeley and Dale and Cindi Nielsen of Kilgore; 20 grandchildren; and 32 great-grandchildren.

She was preceded in death by her parents; her husband; an infant brother, Robert Fox; a brother, H. Ronald Fox; three granddaughters, Amber Michelle and Amber Elizabeth Dugan; and Vanda Jean Lopez; and a son-in-law, Larry Welch.