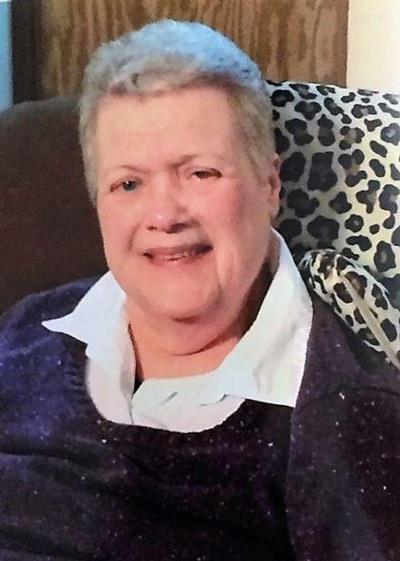 Marilyn Sue (Daubenmier) Harris, of Logan, passed away at the age of 81 on January 14, 2019 at her residence.  She was the daughter of the late Hugh and Iva Inboden Daubenmire.  Marilyn was born in Marion Township on October 31, 1937.

She graduated from Logan High School in 1955 and then worked at Stoltz’s, Sears and Elberfelds and then retired from Logan Animal Clinic in 2006.  Marilyn was an active member of New Hope United Methodist Church.  In 1963 she married Roger D. Harris, who survives and just celebrated their 55th wedding anniversary on December 28, 2018.

She was preceded in death by her parents as well as her great grandson, Wyatt Walton and brother-in-law, Don Snyder.

In lieu of flowers, the family suggests memorial contributions be made in memory of Marilyn Sue Harris to FairHope Hospice, 282 Sells Rd., Lancaster, Ohio 43130.

Thinking of you with extreme sadness as we received the news of Marilyn's passing. Marilyn was a lovely,
compassionate,caring person. Our family will never forget the many courtesies that Roger and Marilyn
extended to our Mother during her lifetime. We send our sincere sympathy to the Harris family.
David and Alice Inboden

Our sincere condolences and love Randy and Beverly Inboden Weber

Marilyn had a heart of gold and both she and Roger always doing for others! My heart is saddened at learning of her passing, but I know she is now with her Lord Jesus in Paradise! I will always remember how wonderful Marilyn and Roger were to my parents. My deepest sympathies to Roger and the entire family. You are in my prayers

Marilyn was always pleasant and positive. She and Roger attended many family & community events. Which is why I've made a contribution in Marilyn's name to FairHope Hospice. May she rest in peace.

Our sincere condolences to the Harris family in the loss of your dear love one. Our prayers are as yours, that God provide his care and comfort you each day.
- Psalms 145:18,19

Thinking of you through this difficult time. You and your family are in our prayers.