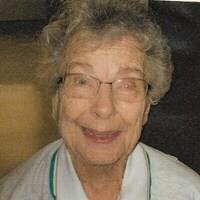 Marilyn was born October 7, 1931 in Terre Haute, Indiana the daughter of Robert and Cleo Gray Glosser. She married Donald C. West October 24, 1952 in Terre Haute. He preceded her in death December 1980.

She was preceded in death by her parents and one sister.

Marilyn graduated from Wiley High School, Terre Haute. She moved to Paxton in 2016 from Farmer City. She was a member of the First Church Christ Scientist, Champaign where she was very involved in the church and the U of I Home Extension, Dewitt County.

Memorials may be made to the Church of Christ, Paxton or an organization of the donor’s choice. Memories and condolences may be shared with the family at www.baierfuneralservices.com.

Mindy, Jeremy and family,
We are so sorry for your loss.
Tim and Robin Reinhart