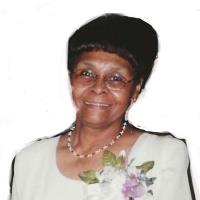 Marion was born in Franklin County, VA to the late Rufus L. and Lelia Bell (Moyer) Martin on August 1, 1941. Marion grew up in Martinsville, VA and later moved to Pennsylvania where she attended Pottsgrove High School.

Marion was first united in marriage to the late Robert Wayne King. Marion and Robert had two daughters, Donna and Wanda.

Later on in life, Marion married Pastor Eugene H. McAlpine on September 19, 1987 and they resided in Pottstown.

She enjoyed bowling, reading, gardening, and spending time with her family.

Marion accepted Christ and attended church where she was a Pastor alongside her husband, Pastor Eugene at Mt. Olive Pentecostal Church of the Living God.

Never miss an update about Marion. Sign up today.