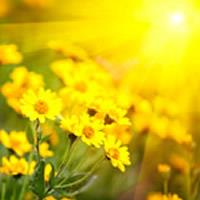 Graveside services will be will be held Monday, June 29, 2020 at 2:00 P.M. at Memorial Gardens, Columbus, with Dr. Gary Permenter officiating. Memorial Gunter Peel Funeral Home & Crematory College Street is in charge of arrangements.

Marjorie was a multi-talented person and a very creative individual. She was an excellent seamstress and cook, created beautiful flower arrangements and was a very talented artist. She painted using water colors and oils.

With no formal training, Marjorie won an art contest in high school. During her marriage and raising children, Marjorie painted as she could find time. It was not until the youngest of her three children was in school that she began taking art courses at Mississippi University for Women. Over the years she took several art classes at the “W”. She also attended several workshops taught by art professors from various colleges.

Among many of her accomplishments are first and second place ribbons for her art work displayed at the many arts and craft shows she attended. Marjorie’s paintings have been exhibited in both solo and group shows through out Mississippi. Galleries such as Jackson Interior Designers have displayed her work. Marjorie had several shows at banks in Columbus and Aberdeen and the Columbus Library.

She was preceded in death by both parents, her husband, Weldon Beasley, her son, Leon Beasley and a great grandson, Seth Beasley, as well as 2 sisters and 2 brothers.

Pallbearers will be her grandsons and great grandsons.

I remember the beautiful artwork that Aunt Margie created over the years. I also recall her keen mind and loved visiting with her at family occasions. What a life and legacy! So thankful I had the privilege of knowing her. Praying for Mary Nell and the family.

I knew Mrs Beasley through her daughter, Mary Nell, with whom I have had a long friendship. She was a beautiful lady...kind and sweet...and a talented artist. I have one of her watercolors in my home. It was a blessing to her and all her family to be given 104 years. I know she will be missed, but remembered with love and joy. My sincere sympathy to each family member and my prayers for the coming days.

Never miss an update about Marjorie. Sign up today.