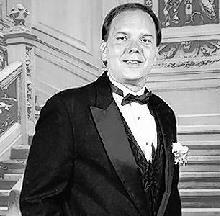 Mark David Long, age 66, passed away on Tuesday, Sept. 22, 2020, surrounded by his loving family as the result of end-stage heart failure. He had been hospitalized for three months and was initially approved for a heart transplant. Due to a series of compromising medical emergencies while hospitalized, Mark was removed from the list but never lost hope he would bounce back and once again become a candidate for a transplant.

Born to Cecil Long, Jr., and Mildred Gragg Long on Dec. 1, 1953, Mark attended high school at Forest Park Senior High School, Class of 1971. It was here his love of journalism and printing began through working on the school newspaper. Soon after graduating high school, Mark followed in his father's footsteps and went into the field of printing. He was employed as an apprentice for Gus Russell Printing in Atlanta. The closing of Gus Russell led him to begin his 38-year career at the Atlanta Journal-Constitution. He served as a journeyman printer, assistant shop foreman, union steward and vice president of the union. Over his career in printing Mark witnessed revolutionary changes in the process.

Mark was truly a lifelong learner who loved a challenge and had boundless energy and interests. While working full-time at the AJC, he attended Georgia State University earning a Bachelor of Arts, a Bachelor of Business Administration, as well as a Master of Business Administration from Mercer University. Mark paid for every college class he ever took, never taking out any student loans. His interest in teaching began after earning his MBA. Mark spent countless hours preparing lesson plans for his business students at American Intercontinental University and the Art Institute of Atlanta. More recently, Mark attended GSU taking classes to become certified to teach high school French. He completed his practicum and was preparing to student teach when the Covid restrictions eased.

In conjunction with his job at the AJC, Mark also sold real estate part-time for Coldwell Banker and more recently was employed by Palmer House Properties. He found selling real estate challenging and enjoyed client interaction.

Due to his love of the French Language and Culture Mark joined the Atlanta Toulouse Sister Cities Committee in 1986. He served as president of this group for several years and enjoyed the comradery of its members. Before becoming ill Mark had traveled to Toulouse and several other French Cities.

In his twenties and thirties Mark could be spotted training for the Peachtree Road Race or a marathon. His love of fitness was contagious and he was in tip-top shape. It was not until thirteen years ago that he began to develop heart issues which are thought to be genetic.

Since Mark was an extremely compassionate person and believed in giving back he volunteered at Aid Atlanta, as well as City of Light's Homeless Program. A sports enthusiast, Mark loved the Atlanta Braves, the Georgia Bulldogs and the Georgia Tech football teams and enjoyed attended games regularly over the years.

His most prized possessions were his feline companions, Joey and Demi. He also made sure that the three cats who took up residence in his yard were well cared for and loved.

Even though Mark will be missed beyond measure he is now with his Heavenly Father and suffers no more. He accepted the Lord while in high school and tried to walk the walk by giving back to others.

Mark was preceded in death by his father, Cecil Long, Jr.

In lieu of flowers, contributions may be made to the American Heart Association/American Stroke Association, 10 Glenlake Pkwy. NE, South Tower Suite 400, Atlanta, GA 30328. Download a form from heart.org to accompany your donation. (1-800-242-8721)

Visitation for Mark will be held Friday, Sept. 25, from 6 PM - 8 PM, at the Chapel of Caldwell and Cowan Funeral Home, 1215 Access Road, Covington, GA 30014. Due to COVID-19, we ask that attendees please wear a mask and observe social distancing protocols.

Due to Covid restrictions, the Celebration of Life is for family only. It will be held at the same location as visitation on Saturday, Sept. 26, at 2 PM.

I am deeply saddened by Mark's passing
Mark was a very dear friend and an amazing man who always gave of his time and resources to help those less fortunate. Now Mark has his angel wings and is free from pain and suffering. Rest in peace my dear friend til we meet again someday. Love you ❤

Never miss an update about Mark. Sign up today.