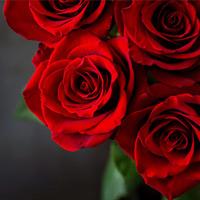 Our wonderful and outgoing wife and mother, Marsha Lee Taylor, 72 was called home to our Heavenly Father on Monday, August 23, 2021 from Wasilla, Alaska.

Marsha was born July 6, 1949 in Idaho Falls, Bonneville, Idaho, to the loving parents Lois and Dawson Keller Crist. She was the third child out of four (two brothers and one sister). Shortly after being born her parents decided to move to Anchorage Alaska, where she grew up hunting, fishing, skiing, ice skating, speed skating (when in high school she equaled the speed skating US record and was offered the chance to go to the olympics, her father made the decision for her not to attend), and much more.

Marsha enjoyed all sorts of adventures. After her high school graduation, she attended Ricks College in Idaho. Marsha and her family moved to Provo, Utah, so she could continue her education at Brigham Young University. Upon dating many suitors, she found her love Clinton Brian Taylor (he was attending graduate school as a non-member of her faith). Marsha Lee Crist married Clinton Brian Taylor the evening of January 19, 1973, and they were then sealed in the Provo Temple on July 15, 1975. They then moved to Denver, Colorado, where they had their first child, a daughter Azur’de Taylor. Then a couple years later moved to Washington where they had their second child, a son, Clinton Michael Taylor. They lived two years living off the land, running and taking care of recreational property for the Church of Jesus Christ of Latter Day Saints. Marsha and Clint farmed, gardened and started raising their little family there. After that Marsha wanted to continue her education, where they moved back in with her parents for a few years while she earned a Bachelor of Science degree from Brigham Young University. Growing up Marsha always loved animals if it was alive, she had to love on it or play with it, and she always wanted horses. Clint and Marsha decided the best place to raise a family and have a farm was to move to a small little town called Verona, Missouri. There they started a horse farm and named it Azur’s Arabians. They raised their family in Missouri for close to fifteen years.

Marsha was a teacher in the local school, raised her two kids and found time to run the farm and garden with Clint, along with going to school once again to further education. Marsha attended Drury College and earned her Masters and Specialist Degree. Marsha went on to receive another Specialist in Education Educational Administration from Southwest Missouri State University. Marsha was certified in Health and Physical Education, Special Education and had a Reading Specialist Certification. She also had endorsements in the areas Principal and Director of Special Education. In 1995, Marsha and Clint had had enough of Missouri and decided to move to Anchorage, Alaska. She had always wanted to go back; she just could never get Clinton on board with it till after their youngest son, Michael Taylor graduated high school. Upon arriving in Anchorage, Marsha began teaching at a Romig Middle School where she absolutely loved teaching students special education needs, this was her passion! Marsha always felt that giving a student the right tools they could learn and become successful in their lives. She made countless friends, colleges, and student successes over the thirty-five years of teaching. Her students absolutely respected and loved her! In the years 2001 and 2007 - 2008 Marsha received Educator of the Year Awards.

Marsha’s talents were many, she was an extremely accomplished seamstress, loved to quilt, she loved to make lye soap and canned food from their garden, she made the best bread and cinnamon roll treats. She loved to go camping, fishing and the outdoors of Alaska. Clint and Marsha enjoyed raising Pomeranians and going to dog shows with each other and their granddaughter Erica Marshall. Marsha always had a smile on her face and touched the lives of so many around her!

The family would like to thank all those who have sent thoughts and prayers to them. We will always carry Marsha’s memories in our hearts; she was a great friend, mom and grandmother to all who knew and loved her. We look forward to seeing you again; continue the work the lord has set forth for you and we will as well, you are loved so much by your family! What matters most is what lasts longest, and our FAMILIES are for ETERNITY. ~

M. Russell Ballard A Celebration of Life ceremony for Marsha Lee Taylor was held Saturday, September 4, 2021; at The Church of Jesus Christ of Latter-Day Saints; 821 East Dellwood Street; Wasilla, AK 99654. A short ceremony will be at 3 p.m. with an Open House to follow about 3:30 to 5:00 p.m.

My condolences to the family . May you find comfort in your treasured memories and Gods promise to return our loved ones . 1st Thessalonians 4 : 13 & 14 .

Never miss an update about Marsha. Sign up today.