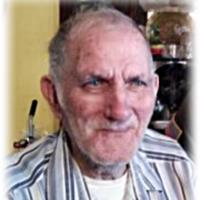 Maurice Richard “Tom” Mowery, Sr, age 89, of Petersburg, WV, passed away on July 28, 2021, at Pendleton Manor in Franklin, WV. He was born October 30, 1931, in Upper Tract, WV the son of the late Dayton Mowery and the late Edith Streets Mowery Johnson. He was previously married to Mary Mowery who survives in Petersburg, WV.

Mr. Mowery attended school in Pendleton Co. and later received his GED. Tom was a Veteran of the US Army and retired after 42 years from General Motors in Baltimore, MD.

Mr. Mowery's family will receive friends on Monday, August 2, 2021 from 11:00 AM to 1:00 PM at the Basagic Funeral Home in Petersburg, WV. Funeral services will follow in the funeral home chapel at 1:00 PM with Rev. Larry Hakes officiating. Interment will be in the South Branch Valley Memorial Gardens, Petersburg, WV. Memorials and words of comfort may be left at www.basagic.com or on Facebook at Basagic Funeral Home.

Never miss an update about Maurice "Tom". Sign up today.