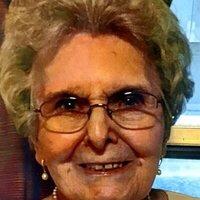 Mrs. Stanaland was born in Carlisle, England to the late Jane and James Hornsby and had lived in Tyler since 1946. She was a longtime member of Cedar St United Methodist Church.  Mrs. Stanaland worked 20 years  as a bookkeeper for K-Mart  ladies apparel and retired in 1987. She was preceded in death by her husband, Hugh F. Stanaland.  Survivors include her niece Jill Turner, of Carlisle, England, one son, Paul H Stanaland  and wife, Janet of Rocky Mt, VA, Joye  Gentry and Ex husband Steve Gentry ,Grandchildren: Jacob Gentry and wife, Julie of Ft Worth, Joey Gentry and wife Abby of Irving , Texas, Sally Jane Gentry and Thomas Johnston of Tyler, Lisa Crosby and husband Greg, Rochelle Dowdy, and husband Jeff. Dawn Marie.  Great-grandchildren: Jackson Gentry, Caleb and Josh Crosby, Elliot Gentry, Levi, Grayson Crosby and Frankie Jane.

Wish I had met you, but felt that I knew you through your daughter.

We sure did you you, mama.

Never miss an update about May. Sign up today.