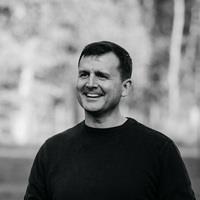 Michael (Mike) Timothy Baumgardner departed this life suddenly on October 13, 2020 at the age of 44.  He was born on February 21, 1976 in Hammond, Indiana to Ellen Rita (Wulf) Baumgardner and the late Fred W. Dean Baumgardner.   Mike lived a life of service, dedicating his life to the United States Marine Corps, the Federal Bureau of Investigation (FBI), and to his family and friends.

Mike graduated from Bethel Park Senior High School in 1994 and immediately reported for training at U.S. Marine Corps Recruit Training at Parris Island, South Carolina, where he graduated as Honor Graduate and achieved the enlisted rank of Private First Class.   Mike then attended the Virginia Military Institute earning degrees in Business & Economics, as well as Psychology.  He was the Chairman of the VMI Cadet Investment Group, achieved the rank of Cadet Battalion Commander, and graduated with distinction in 1998, earning a commission as a second lieutenant in the U.S. Marine Corps.  Following his active duty Marine Corps service with tours in Okinawa and East Timor, Mike became a Special Agent in the FBI.  He continued in the Marine Corps Reserve, ultimately reaching the rank of Lieutenant Colonel.  Mike earned his Masters in Business Administration from Penn State University in 2014 and was a member of Mensa International.

With all his heart, Mike strongly and deeply loved most of all his soul mate and wife, Janine, and his three children, Michael Christopher, Matthew Joseph, and Avalyn Victoria.

Mike is preceded in death by his father Dean, his uncle William and his grandparents, Fred and Margaret Baumgardner and William and Ellen Wulf.   He is survived by his wife and children, his loving mother Ellen; his uncles John and Donald Baumgardner and William Wulf; his aunts Kathryn (Wulf) Miller and Jane (Baumgardner) Paiski; cousins Raychel, Marc, Dan, Rebecca, John, Amanda, Bryn, Jill, Keith, Robert, Douglas, and Natalie; and other extended family.  A loving son, a devoted husband and father, and a true and honest friend, he will be fondly remembered for his amazing hugs, his kind and generous heart, his adventurous spirit, his silly humor, and his delicious apple pies.

According to the Marine’s Hymn, “If the Army and the Navy ever look on Heaven’s scenes; They will find the streets are guarded By United States Marines.”  Without a doubt Mike has reported for duty at Heaven’s Gate and is now guarding Heaven’s streets, continuing his service in death, as in life.

A small, private ceremony and cremation will be held on November 1st, 2020.  A full Memorial Service and Celebration of Life will be held at a future date and time.

In lieu of flowers, please consider a donation to one of the following organizations in Mike’s memory to support his children as well as others battling with mental health conditions/illness:

Please share your memories – stories, life events, photos, videos – of Mike, or post a tribute on a living memorial website in Mike’s memory for his children: https://www.forevermissed.com/michael-timothy-baumgardner/about

Live stream can be viewed via Zoom.

I am so sorry for this loss. I went to school with Mike and he was honestly the nicest guy you could possibly ever encounter.

We are saddened by the loss of Mike and extend deepest prayers for peace and comfort to his wife, children, mother and family.

i would like to send my sincere condolences to the family. Mike was a very dedicated person to his craft. He was a very friendly, pleasant person to work with.

Heartfelt condolences to Mike's family. May he rest in peace.

So sorry for your loss. Our thoughts and prayers for Mike and his family. May he Rest in Peace.

Sorry for your loss. Prayers to the family. Always keep the good memories in your heart.