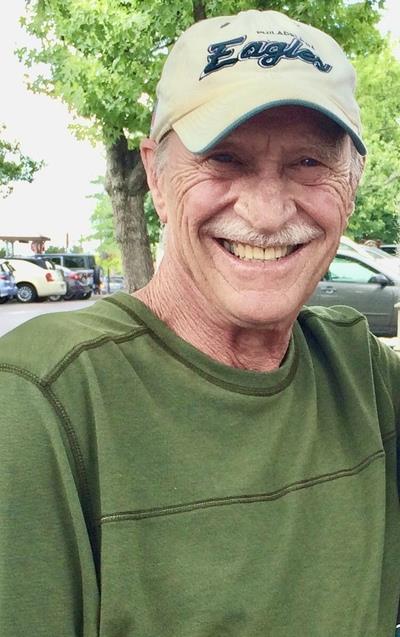 Sergeantsville: Michael J. Mushrock, 75, died Wednesday, December 11 at his home.
Born and raised in the Roxborough section of Philadelphia, Michael lived in Hunterdon County
since the early 1980’s.

A graduate of the United States Air Force Academy in Colorado
Springs, CO, Michael served in the US Air Force during the Vietnam War. He attended St.
Joseph’s Preparatory School in Philadelphia and St. Louis University, MO.
Michael was an editor for Chilton Publications in Philadelphia, Fairchild Publications in New
York City, as well as the New York Mets magazine Inside Pitch. He was an unwavering
Philadelphia sports and soft pretzels fan. An accomplished pianist and lover of music, he
enjoyed many concerts at Hunterdon County Library. As a season ticket holder, he looked
forward to attending events at the Bucks County Playhouse in New Hope, PA. with his daughter,
Gina. Appreciative of beautiful plants and flowers, he worked for Stony Brook Gardens in
Pennington, NJ and later as a freelance gardener. Michael had a great interest in trains,
especially his Lionel train set and taking railway vacations. He was very proud of being a cookie
elf at the New Hope & Ivyland Railroad. Michael was devoted to his Catholic faith and was a
member of St. John and St. Agnes R.C. church. He will be remembered for his enormous smile,
sense of humor, kindness and the joy he brought to others.

Son of the late Michael N. and Angelina Di Marco Mushrock, he is survived by his wife of 34
years Regina C. O’Leary Mushrock, and daughter Regina M. Mushrock, both of Sergeantsville,
NJ. He had many in-laws, nieces, nephews, cousins and innumerable friends who enriched his
life.

A Mass of Christian Burial will be celebrated Friday, December 20 at 11 am at St. Agnes R.C.
Church in Stockton, NJ. Calling hours will be Thursday, December 19 from 7-9 pm at the
Garefino Funeral Home, 12 N. Franklin St. Lambertville, NJ 08530. Dress is casual for these
celebrations. His favorite colors were blue and green.

We were shocked to learn just yesterday of Mike's passing. What a good and friendly man he was! JoyceAnna and I offer our heartfelt condolences to cousin Regina, daughter Gina, and all the family. We offer our prayers for his eternal repose in Christ Jesus our Lord and the consolation only He can bestow.

I am saddened to learn that Michael has passed away. He was a good neighbor and dear friend to my family. He will not be forgotten.
My sincere sympathy, Regina and Gina.

Regina & Gina-
My condolences on your loss.

I am so sorry to hear this news. I was a classmate of Mike's at the Prep, and our last names usually put us in the same aisle. We were from different neighborhoods and went to different colleges, but Mike was such a down to earth, easy going, approachable guy I always looked forward to staying in touch and sharing some stories. We particularly connected after college when we were both living in Roxborough and shared a number of heated tennis matches with another Prepper, Ed Scanlan, from the...

Eternal rest grant unto him, oh Lord, and let perpetual light shine upon him. May he Rest In Peace.
Our deepest condolences and prayers for his loving family.

CUZ CUZ CUZ it was always me and you cuz. From the time when I was a little girl and you where are big brother that took Jimmy and I on our first adventure to the pool up ridge Pike. We spent more time together as a family then anyone else in our family you were my cousin you were my brother. We had so much fun together back in the days the crazy days of the fun with all the gang. And you and your wonderful wife Regina and an unbelievable daughter Gina Marie we're always there for me to...

So very very sorry to hear of ur loss. Will be praying for everyone.