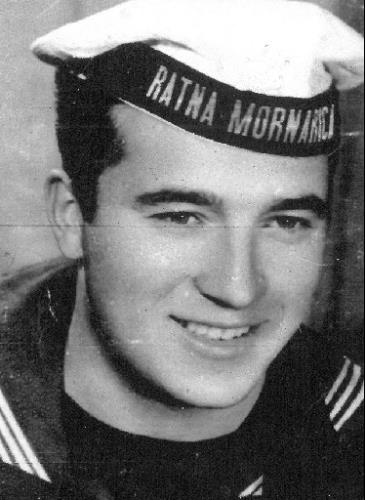 Not the right person? See All ›
LOCATION
Portland, Oregon

Milo Braich March 16, 1937 - Oct. 14, 2019 Milo was born in the village of Pobori, Budva, Montenegro to Stevo and Marija Braic. He was the eldest of their five children. Milo had dreamed of coming to America since he was a small child and his dream came true when he escaped in 1959, after...

When I met Milo ...he told me of being on a
Communist ship..the captain went down the line of sailors standing at attention ...and asked them if they believed in God...Milo said yes...with his whole heart, mind, body and soul while he crossed himself!

I considered that to be a very brave act. I asked him what could have happened to him...and he said..he could have been court martialed
...other sailors snickered..this made me very proud of my future husband. Our first...

I was very fortunate to have known Milo and Sally through Sally's brother for many years.

Milo was very proud of his family, and being in America, from the old country that he was born into in Montenegro.

I will miss and remember Milo in a very high esteem.

My sincere condolences thoughts and prayers are with Sally and his entire family.

I met Milo only a few times, but i worked with Sally several years. My sympathy to his family for their loss. May good memories sustain and comfort them.

Never miss an update about Milo. Sign up today.