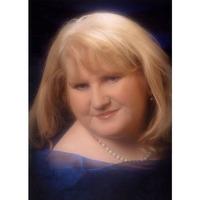 Inurnment will be held Thursday, October 22, 2020 at 9:00 a.m. at the Central Texas State Veterans Cemetery in Killeen, TX.

Angela graduated from high school in Germany; afterwards, she attended Nursing School and College. She was a Nurse in Friedberg, Germany for ten years. Angela lived in the Central Texas area since 2005 and was a Substitute Teacher for the Killeen Independent School District. Angela also volunteered with the Red Cross, Fort Hood, Texas as well as the Family Advocacy Program and Child Protective Services, Fort Bliss, Texas. She earned an Associated Degree and was pursuing a master’s degree in Nursing.

Angela married Joseph Armstrong Jr., on October 9, 1986. They shared many wonderful memories. Angela was a beautiful person, she loved taking care of her family and others, especially her grandbabies.

She is preceded in death by her mother Ursula Jahn and her father Willie Jahn.

It hurts me so bad to even wake up and think that you are no longer here on this earth with me anymore. But one thing you will never be forgotten and I know you are in heaven looking down on me making sure I am still doing the right things in life. You were always there for me no matter the situation. I couldn’t ask anything else from my mother. Just know I love you and always will you will always be in my heart. I am going to miss you so much momma.

My heart hurts to know you are longer on earth. Thank you for all your love and support you gave me through my entire life. You always told it like it was. There is a hole in my heart to know your no longer here. Know I love you and pray you are in peace, pain-free and watching over Uncle Joe , Jojo,Tatyana, Denise Maurice and all your grand babies who love and adore you so very much.
Love Always,
Sabrina

Never miss an update about Mrs. Angela. Sign up today.