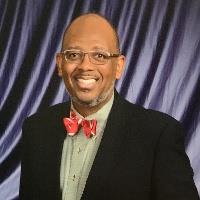 Myron L. Smoot, 58, transitioned from this life to life eternal on Saturday, August 31, 2019 in Dallas, Texas.

A career banker, Myron began his professional career in Birmingham, AL with Central Bank of the South. Over the course of 35 years, Smoot held a number of leadership roles in Banking and Finance organizations in several states.

A man of faith, Myron was ordained as a deacon at Sardis Baptist Church where he met his wife Tonya in 1987. Married in 1991, they gave birth to their daughter Moriah in 1994 and shared a joyous life of commitment to faith and family.

Myron and his family lived in Alabama, Texas, North Carolina, and Kentucky. In each of these communities, Myron demonstrated a commitment to service, working with his local churches, community groups, and his local fraternity chapters.

Myron was my roommate for a while at the University of Alabama. We kept in touch for several years after college. He was a good man with a good heart. I was saddened when my father called to tell me he had passed away. My thoughts and prayers are with his family and friends. So sorry for your loss.

Knew you through a mutual friend! Rest In Peace and see you on the other side'

My prayers and condolences are with the family. Look up and Behold your God.

My deepest sympathy and prayers are extended to Myrons family. He will be missed!

Sorry for your loss... The Johnson Family

I love you uncle Myron and you will be greatly missed

My condolences to his family, may God comfort you and give you peace that surpasses all understanding during this difficult time.

May your hearts soon be filled with wonderful memories of joyful times together as you celebrate a life well lived. Will miss you my friend, Your smile , laughter, kindness, will forever be remembered. Tonya and Moriah in time God will ease the pain.

Never miss an update about Myron. Sign up today.