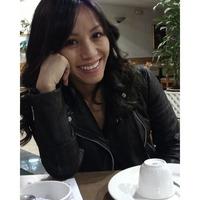 Photo courtesy of All Souls Cemetery and Mortuary - Long Beach

Nicole B. Hoang, born Bich Ngoc Hoang in December 1976, passed away in her home at 10:13 pm on November  22, 2020. She was surrounded by her husband, children, parents and siblings. After nearly two years, her battle with cancer came to an end and she now rests peacefully in Heaven.

Immigrating from Vietnam to the US in the early 1980's, she was the oldest in a family of six siblings. Nicole grew up in Long Beach, CA where she attended Polytechnic High School and touched the hearts of so many. Eventually receiving her Bachelor’s of Science at UC Irvine in California, and moving on to receiving her Doctor Of Pharmacy Degree as well as Bachelor's of Pharmaceutical Sciences from The University of Toledo in 2004.

Marrying her High School sweetheart, they raised two amazing children and settled in Orange County California and grounded her career as a clinical pharmacist at Optum. She loved her profession and her work, but her main devotion was always to her children, whom she sang songs to them to make them laugh, drew silly pictures to get her ideas across, cooked many successful (and just as many unsuccessfully- but inventive) meals, and danced with their dog Max on her tiptoes. They visited many countries together and tried so many foods. She loved reading, exercising, collecting shoes and handbags, traveling, omakase tastings, watching Kdrama, but she hated peas to no end.

In 2016, Nicole's children's book titled What Is It?, written by herself when she was in the 5th Grade, was published by Boom Studios, distributed by Simon and Shuster and was illustrated by her husband. It told the story of a young girl who overcame her fears to fight the unknown, told through the eyes of a 10 year old.

She was a doctor, a writer, an artist, a singer, a dancer, a chef, and a traveler. Above all, she was the absolute most amazing loving mother, wife, sister, and daughter. She was everything to us and we miss her every day.

Never miss an update about Nicole. Sign up today.