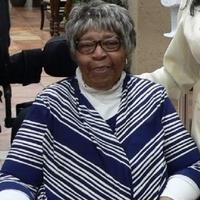 Norma was born on April 29, 1933 in St. Louis, Missouri to Ruby and Edgar Hennington. Norma or Peaches, as she was called by her family and friends, was the only child born to this union. Norma received her formal education through the St. Louis Public Schools graduating from Sumner High School. At the age of 16, Norma entered Wilberforce University in Wilberforce, Ohio. She graduated from Wilberforce University with a B.S. degree in English in 1954. Upon graduation, Norma was one of six graduates that immediately accepted teaching positions to integrate the Flint, Michigan School District. Later, Norma relocated and taught students in the Milwaukee Public Schools.

In 1968, Norma and her daughter Nerissa moved to Denver, Colorado where she taught English in the Denver Public Schools. In Denver, she met and married the love of her life, Henry N. Bowles. They were married for 43 years.

Norma was a Lifetime and Golden Member of Alpha Kappa Alpha Sorority, Inc. Norma was a very dedicated member of the Epsilon Nu Omega Chapter of Denver, participating in many community service projects to help Denver families. Norma served in leadership positions within the sorority, including Chapter President, Undergraduate Advisor, Regional Conference Chairperson and more.

Norma and Henry were active members of Peoples Presbyterian Church of Denver. In 1978, Norma completed a Masters Degree and became a Reading Specialist. She loved reading, playing bridge, attending Broadway plays and cheering on her Denver Broncos. In 1990, Norma retired from the Denver Public Schools. Norma and Henry loved to travel with friends, cruising and exploring exciting new places. Her love for travel led her to become a licensed Travel Agent and start her company, B & B Travel Agency to assist people with their travel plans. Norma was also a member of Lone Star Chapter #1 Order of Eastern Star in Denver.

In 2003, Norma and Henry relocated to the Sun City Anthem Community in Henderson, Nevada. They met many new friends, enjoyed the fun, fellowship, art events and amenities of their new area. After Henry passed, Norma moved to Merrill Gardens of Green Valley Ranch where she met more friends and enjoyed the monthly Birthday events and activities. Norma enjoyed playing her organ and creating beautiful art projects.

Norma was preceded in death by her parents, her loving husband Henry N. Bowles, her beloved daughter, Nerissa Gullick and stepson Harlan Bowles.

Memorial Services at So. Nevada Veterans Memorial Cemetery will be scheduled at a later date.

Never miss an update about Norma. Sign up today.