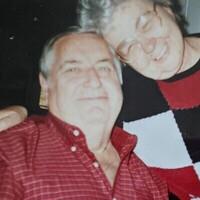 Family services for Olen Fred Powell will be held at Rose Hill Cemetery on January 14, 2021 under the direction of Jackson’s Burks Walker Tippit. Davy Carter will officiate.

Fred was born October 20, 1936 in Tyler to W. D. and Clive Argo Powell. He attended Tyler Public Schools, and was a proud member of Tyler High School’s class of 1955. After graduating, Fred joined the Air Force and was stationed in Greenland and Newfoundland.

Fred was a truck part salesman most of his life. While working for the Ford dealership in Tyler, he met a bookkeeper, Sara, who worked across the street at the Chevrolet dealership. He quickly married her in 1960 and they were happily married for 57 years until her death in 2019.

Fred was a member of West Erwin Church of Christ for 60 years, where he served in many capacities, including Elder.

He was a scholar and lover of all things Texas. His favorite day of the year was March 2nd, Texas Independence Day. We loved calling him and serenading him with Texas Our Texas, to his delight. He was incredibly proud that his family lived in Texas long before it was a state.

Fred was also passionate about his children and grandchildren. If one of us was involved in an activity or group, then he was right there. He was a perpetual PTA officer, Scout leader, youth group volunteer, and Bible teacher.

Fred was preceded in death by his wife Sara Walker Powell, an infant son, Emory David Powell, his parents Pete and Clive Powell, and his brother, Bill Powell.

We want to thank Dr. Eric Smith and his staff for the excellent care and support they provided for Dad.

If desired, memorials may be made to West Erwin Church of Christ or Azleway Boys Ranch.

So sorry for your loss. My mom, Mary was married to Roy Lee Winkels, passed away in 1987, who was Fred’s cousin. They lived in Bailey, TX. They used to visit them.

Our thoughts and prayers go out to Fred's family during this difficult time. We have fond memories of Fred and so grateful that our paths crossed via Discovery Science Place and The Sons of the Republic of Texas. Ron and Sandy Dodson

My deepest sympathies to the Powell family. Fred was a dear Whataburger friend and I enjoyed talking to him about country music and old records. May he rest in peace.

Never miss an update about Olen. Sign up today.